"This Present Wasteland", the new album from veteran Seattle metallers METAL CHURCH, sold 920 copies in the United States in its first week of release, according to Nielsen SoundScan.

Commented the band: "We just got news that although 'This Present Wasteland' has been out for only a few days, we landed on Billboard's Top 200 indie chart at #121. We want to give a shout-out to everyone involved. Maybe next time we can land in the Top 10, but for now it is nice to be recognized. We are very proud of this release and happy that we are getting so many great reviews."

Check out audio samples on the band's MySpace page.

Sonic Excess conducted an interview with METAL CHURCH vocalist Ronny Munroe a few weeks ago. Listen to the chat at this location.

Fan-filmed video footage of METAL CHURCH's August 14, 2008 performance at Bourbon Street in New Port Richey, Florida can be viewed below.

METAL CHURCH recently announced the addition of guitarist Rick Van Zandt (THE END, ROTTWEILLER) to the group's ranks. He replaced Jay Reynolds (also of MALICE), who left the band for "personal reasons." 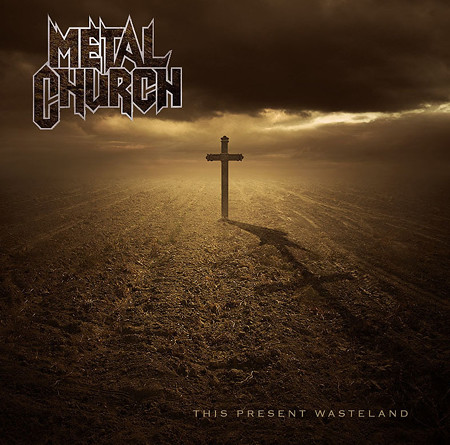