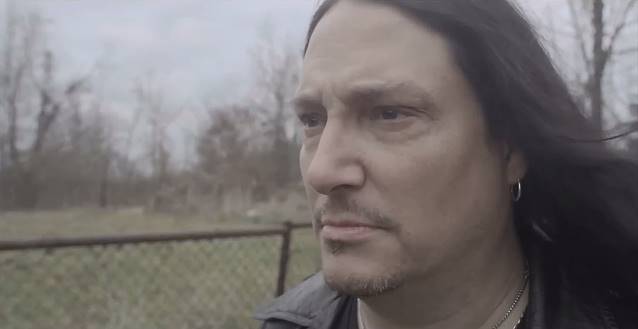 The official video for the song "Pray" from METAL CHURCH frontman Ronny Munroe can be seen below. The track is taken from Munroe's third solo album, "Electric Wake", which will be released on June 24 via Rat Pak Records. Guest musicians on the CD include George Lynch (KXM, LYNCH MOB, ex-DOKKEN), Dave Rude (TESLA), Pamela Moore (QUEENSRŸCHE's "Sister Mary") and Paul Kleff (ex-FIREWOLFE).

Produced by Bruce Bouillet and mixed by Jon Wyman, "Electric Wake" "truly captures all the magic of the classic metal genre," according to a press release. "I wanted to create something that was totally new, but at the same time allow all my influences to shine through," states Ronny. "I put two years into the writing process of this album, but when it came time to start recording, I threw everything out the window and just went with my gut and it worked out better than I could have imagined."

The cover artwork for "Electric Wake" was created by Rainer Kalwitz and can be seen below.

Speaking to the Auburn Reporter last year, Munroe stated about his musical upbringing: "I wanted to be a rock star from a very, very young age. I just had a love for music in general from a young age, as a baby."

Munroe said he decided to become a singer after being exposed to legendary metal frontman Ronnie James Dio's vocals on the RAINBOW song "Man On The Silver Mountain". "I heard it on KISW and took off my headphones, ran downstairs and called the station asking, 'Who is that singing?'" he said.

Ronny also spoke about how he landed the METAL CHURCH gig, telling the Auburn Reporter. "I originally tried out for Kurdt's [Vanderhoof, guitar] solo band, VANDERHOOF," he said. "But of course, my being a huge METAL CHURCH fan like everyone else, I was like 'Dude, how about METAL CHURCH? Why don't we do METAL CHURCH?' A couple of weeks later, Kurdt called me and said, 'OK, you want to do METAL CHURCH, let's do it.'"

"I thought that it was going to just be handed to me, but it took many years until I made it in 2003 when I got the gig in METAL CHURCH," he said. "I truly believe everything does happen for a reason, and it took me awhile to get where I wanted to be."

Although METAL CHURCH called it quits after "This Present Wasteland", the band reformed in 2012, this time with Munroe, Vanderhoof, Steve Unger on bass, drummer Jeff Plate and second guitarist Rick Van Zandt.

"METAL CHURCH is my main focus and will be for years to come, and my solo project," Munroe said. "So those are my main focuses. Will I do other projects? Yes, because I need to do that to survive. But I'm not searching any longer to be in a big name band. I'm home."

"Every time that I go up there, even now that we're back together, I do my job," he said. "I put my own stamp on the songs, but I also pay as much respect to [previous METAL CHURCH singers] Dave [Wayne, who died in 2004] and Mike [Howe] and the way they sang the original songs. There are always signature parts that the fans want to hear. So I do that, but I also put a little bit of me in there."

"I'm lucky to be doing what I'm doing and lucky there are people out there that like what I'm doing," he said. "There are people who don't. I'll never live down the David or Mike thing, but that's just how it is. Anybody coming into an established band and replacing somebody, you're never going to get rid of that. That's part of the band's history. So I really don't want that to go away. I'm a fan of the band and the first record too. And then I ended up becoming the singer." 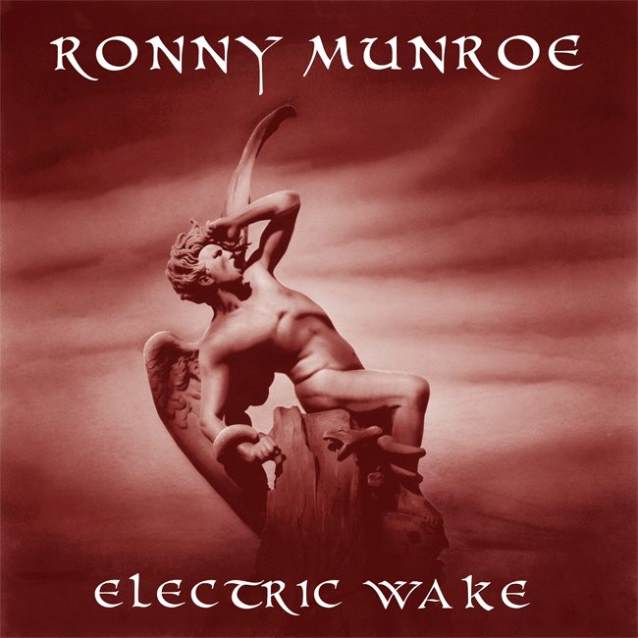