METAL CHURCH has been forced to cancel its previously announced shows in Canada. The band was scheduled to play the Rockpile in Toronto, Ontario on July 26, and at the Heavy Montreal festival in Montreal, Quebec on July 27.

METAL CHURCH singer Mike Howe and guitarist Kurdt Vanderhoof said in a statement: "To all of our METAL CHURCH fans in Canada, we are saddened to announce the cancellation our shows in Toronto and Montreal due to family health issues. We hope that you understand and hope to make it up to you in the not-so-distant future. Peace and love."

METAL CHURCH is continuing to tour in support of its 12th full-length studio album, "Damned If You Do", which came out last December via Rat Pak Records. The latest release is the follow-up to 2016's "XI", which saw the return of Howe. 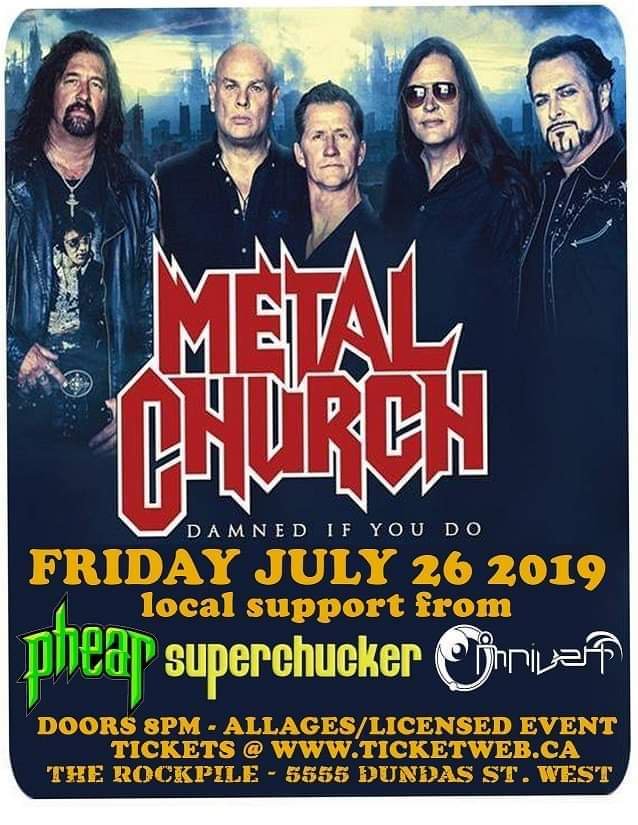