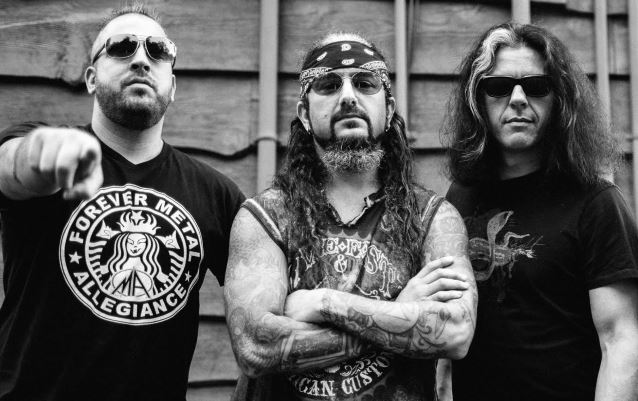 METAL ALLEGIANCE, the all-star metal band consisting of a rotating cast of musicians, including members of TESTAMENT and DEATH ANGEL, will embark on the "Destination (Almost) East Coast" tour this spring. The seven-day trek kicks off March 31 in Providence, Rhode Island, followed by stops in Poughkeepsie, New Haven, and Lancaster before the final show on April 7 at the Gramercy Theatre in New York. Support on the trek will come from NEXT TO NONE and CHAINS OVER RAZORS.

In true METAL ALLEGIANCE form, the band is bringing along some good friends to share the stage. Accompanying Mike Portnoy, Alex Skolnick and Mark Menghi for these special shows are none other than Mark Oseguesda (DEATH ANGEL), Ron "Bumblefoot" Thal (GUNS N' ROSES) and Chuck Billy (TESTAMENT).

"I'm stoked for METAL ALLEGIANCE to be playing other areas in the States," comments Menghi. "We're trying real hard to hit everywhere in America (and all over the world for that matter) when time allows. Prepare for a full-on metal assault during our (almost) East Coast trek…"

Thal stated: "Very excited to be joining METAL ALLEGIANCE for these shows! Can't wait to make music together, and to see you all!"

Brought together by METAL ALLEGIANCE principal partner Mark Menghi, the project's original material came together from the creative minds of David Ellefson, Mike Portnoy, and Alex Skolnick, alongside Menghi. The four writers then reached out through their metal rolodexes to a diverse lineup of performers, each adding their own personal musical stamp to the collection of nine original songs.

In a recent interview with I Probably Hate Your Band, Menghi stated about the songwriting process for "Metal Allegiance": "We wrote the majority of the lyrics for the record. In particular, Dave Ellefson and I co-wrote a lot of the lyrics to the record. We based it off our personal experiences in life, some of the fucking crap we went through. For example, with 'Can’t Kill The Devil', he had two lines for that song: 'Can't kill the Devil, the Devil never dies.' And when he said that to me, I was, like, 'Just stop right there,' and an hour later, I came back with all the lyrics for the song. And I basically told a tale, I told a story about the Devil. We all have a Devil in our life. I told a story about my Devil and combined it with his." 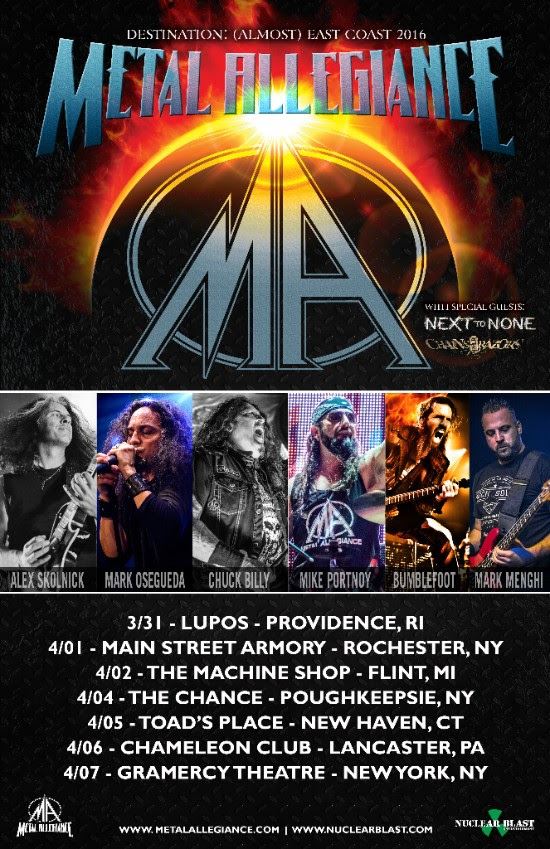