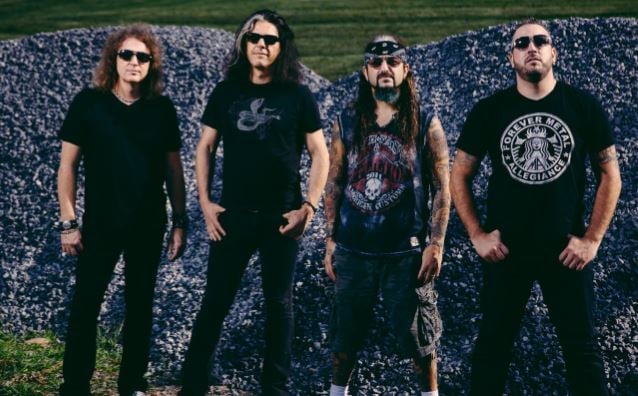 The official lyric video for the song "Scars" from METAL ALLEGIANCE, the all-star metal band consisting of a rotating cast of musicians, including members of MEGADETH, TESTAMENT, can be seen below. The track is taken from METAL ALLEGIANCE's self-titled debut album, which was released on September 18 via Nuclear Blast Entertainment.

In a recent interview with I Probably Hate Your Band, Menghi stated about the songwriting process for "Metal Allegiance": "We wrote the majority of the lyrics for the record. In particular, Dave Ellefson and I co-wrote a lot of the lyrics to the record. We based it off our personal experiences in life, some of the fucking crap we went through. For example, with 'Can’t Kill The Devil', he had two lines for that song: 'Can't kill the Devil, the Devil never dies.' And when he said that to me, I was, like, 'Just stop right there,' and an hour later, I came back with all the lyrics for the song. And I basically told a tale, I told a story about the Devil. We all have a Devil in our life. I told a story about my Devil and combined it with his."