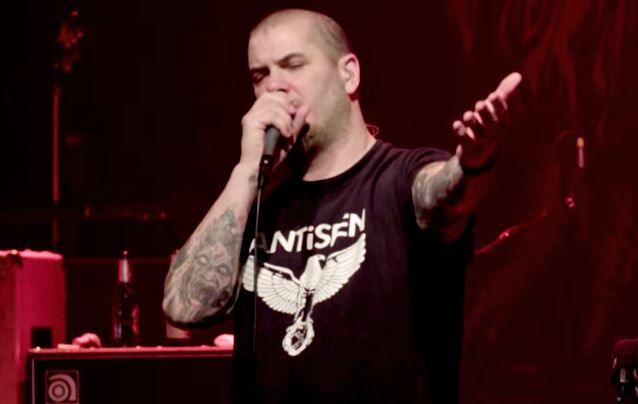 METAL ALLEGIANCE — the all-star metal band consisting of a rotating cast of musicians, including members of MEGADETH, TESTAMENT — which debuted on MOTÖRHEAD's Motörboat cruise last year, and performed at this year's NAMM show and on the ShipRocked cruise, will release its self-titled debut album on September 18 via Nuclear Blast Entertainment.

A preview of the "Metal Allegiance" track "Dying Song", featuring a guest appearance by former PANTERA and current DOWN and SUPERJOINT frontman Philip Anselmo, is available below.

"It's always my pleasure to jam with such esteemed musicians and brothers, and my contribution to this project is further proof of that fact. Hail to all heavy metallers the world over!" stated Anselmo.

"I am very honored to be a part of the METAL ALLEGIANCE record. The track 'Can't Kill The Devil' was fun and challenging for me," stated TESTAMENT vocalist Chuck Billy. "Working outside of TESTAMENT lets me try different things with my voice. I think the fans are going to be singing along to this track for sure."

MACHINE HEAD guitarist Phil Demmel added: "So stoked to throw down with legends!"

Blythe said: "When LAMB OF GOD asked Alex Skolnick to rip a guest solo on 'Ashes Of The Wake', it was a big deal to us to have one of the legends of our scene play on our record. Much to my amazement, years later he returned the request, and it's an even bigger deal to me to be asked on a peer level to contribute to a project with so many stellar players. I was honored to be chosen. 'Gift Of Pain' rips! Play it LOUD!"

Mike Portnoy added: "I could not be any more excited or proud of the METAL ALLEGIANCE album... It's everything I've always dreamed of and hoped for and a hundred times more!"

"I am incredibly fortunate to be able to work with legendary musicians and personal heroes like David Ellefson, Alex Skolnick and Mike Portnoy, as well as METAL ALLEGIANCE founder Mark Menghi," he said. "These guys wrote an amazing and diverse record that is 100 percent pure metal, and lined up some killer guest vocalists and lead guitarists to bring it home in an epic, shredding fashion — just the leads on this record alone will blow people away!" he said. "Perhaps the coolest part of all is that unlike similar projects in the past that existed as studio-only creations, METAL ALLEGIANCE were a touring entity first and have now organically evolved into a studio band that makes albums. I am very grateful to these guys for choosing me and the Nuclear Blast team as the vehicle to bring their music to the metal masses." 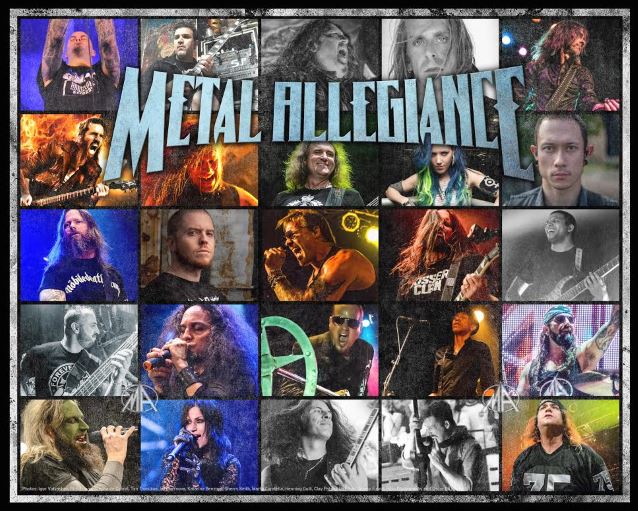 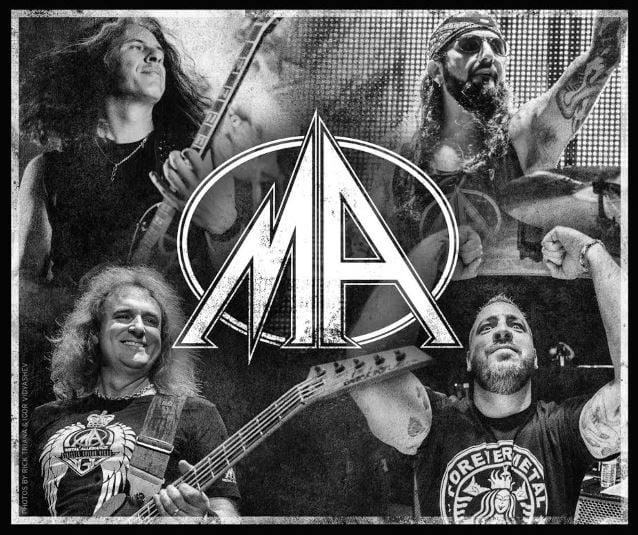