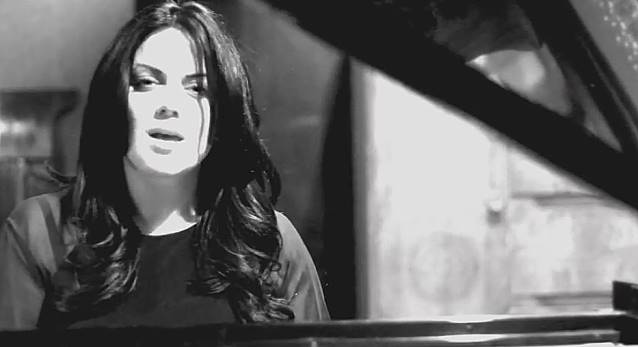 Video footage of Pennsylvania-based singer/songwriter Sarah Kane (Facebook page) performing a piano-based cover version of MESHUGGAH's song "Bleed" can be seen below. The clip was directed by Brad Podray (web site) and was filmed on March 4 at mSOUNd Recording Studios in Philadelphia.

Kane made headlines last May when a clip was released of her performing a piano-based cover version of CANNIBAL CORPSE's death metal song "Carnivorous Swarm" (see below).

Sarah is a full-time musician in the city of Philadelphia where she sings for EBE entertainment agency and is a regular entertainer and piano player at Jolly's piano bar in center city Philadelphia. She is also a professional makeup artist and fine artist, specializing in portraiture. Sarah's greatest musical influences spring from the likes of Lenny Kravitz, Madonna, Billy Joel, STEELY DAN, Sheryl Crow, James Brown, Carol King and Bonnie Raitt.