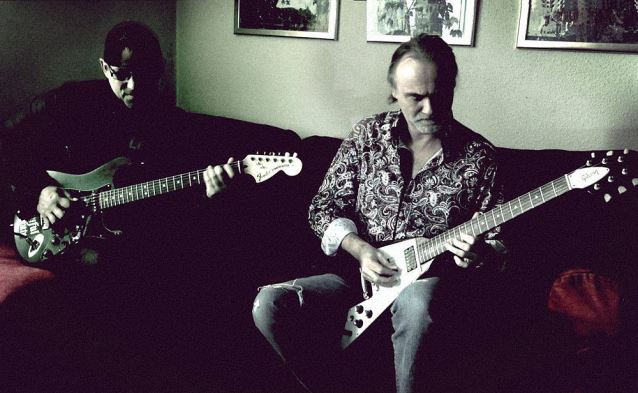 According to a posting on MERCYFUL FATE guitarist Hank Shermann's Facebook page, Shermann and fellow MERCYFUL FATE guitarist Michael Denner recently got back together to play the band's "Melissa" album. A video of the session — which took place at Denner's apartment in Copenhagen, Denmark — will be released on October 30 to celebrate the 30th anniversary of the LP.