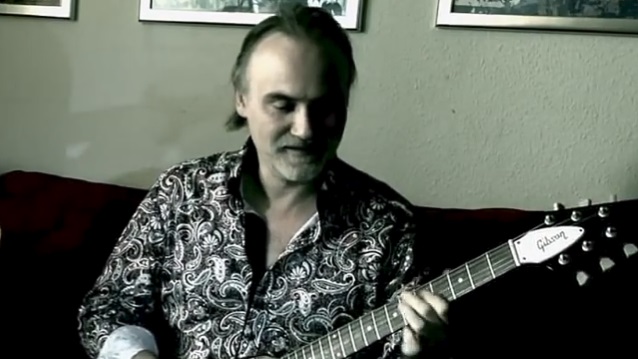 Denner previously said about DENNERS TRICKBAG's formation: "I got the idea one evening when I was sitting at home philosophizing about whom I would rather play with if I had a free choice within the heavy metal world I've found myself in for so many years. I called these four guys up, and they all said yes.... The condition was that the music had to be tough progressive '70s heavy with a lot of guitar solos — and everyone was totally involved in the idea."

He added: "If bands like MOUNTAIN, THREE MEN ARMY, MONTROSE, TEMPEST, BOXER, JERICHO and CAPTAIN BEYOND are among your favorites, then this band will be right up your alley!"

DENNERS TRICKBAG has undergone a couple of lineup changes since the release of its debut album, including the loss of singer Lars Berthelsen.