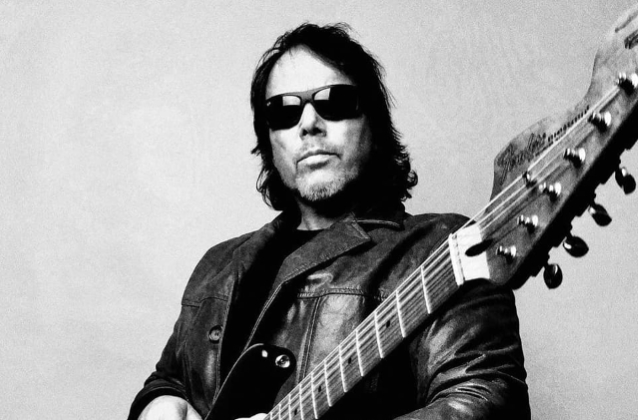 A one-minute teaser for "The Bloody Theme" is available below.

Back in 2015, Shermann told Metal Wani that he would love to make "a final, cool album" with MERCYFUL FATE. "Maybe we could do some special selected shows — that could also be an option — but it needs to be [done at the right time]," he said. "But, you know, I'm sure it will happen at some point. It would be a shame if it didn't."

In 1998, METALLICA paid tribute to MERCYFUL FATE by recording a medley of classic MERCYFUL FATE songs on the album "Garage Inc." Titled "Mercyful Fate", the medley included parts from "Satan's Fall", "Curse Of The Pharaohs", "A Corpse Without Soul", "Into The Coven" and "Evil".

Lars Ulrich of METALLICA — a fellow Dane — played drums on a new version of MERCYFUL FATE's "Return Of The Vampire" on the "In The Shadows" album, which came out in 1993.