MEMORY GARDEN recently parted ways with guitarist Anders Looström. "Due to lack of time and personal priorities we have decided to part ways with him," the group wrote in a statement. "Anders has been a big part of MEMORY GARDEN both as a friend and as songwriter and we will miss him a lot but we think this is the best thing for the band. We would like to thank him for all the laughs, all the great music and all the time he put into the band. Miss you, bro!"

The band continued, "We would also like to take the opportunity to welcome Ante Mäkelä into our GARDEN. We have known Ante for a lot of years and there were never any doubt that he was the man for the job. Ante also plays in the band EVIL CONSPIRACY and we would like to thank them for letting us abuse him as well. Ante has already played two shows with us and they both worked out flawlessly and we are sure you all will love the new MEMORY GARDEN. So…welcome Ante…you know that you now are doomed for life."

MEMORY GARDEN's new album, "Carnage Carnival", was released on September 15 via Vic Records. The video for the CD's title track, which was shot in March 2007 with director Owe Lingvall of Village Road Film, can be viewed below. 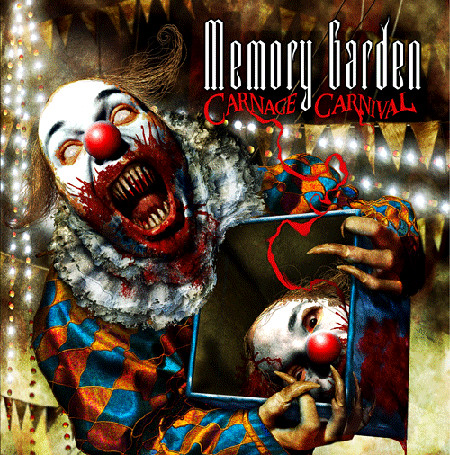