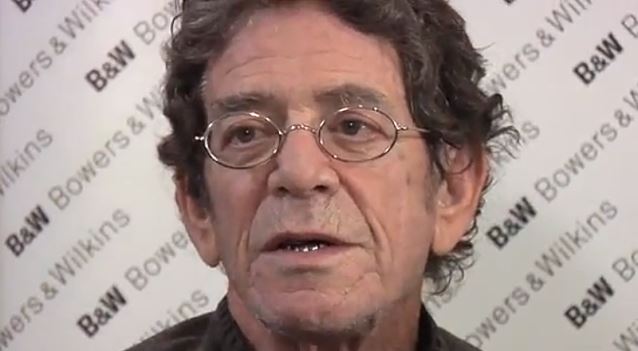 Members of AEROSMITH, GUNS N' ROSES, MÖTLEY CRÜE, KISS and MOTÖRHEAD are among the musicians who reacted on Twitter and Facebook to the passing of Lou Reed, the legendary vocalist and guitarist for THE VELVET UNDERGROUND and acclaimed solo artist. Reed died Sunday at the age of 71, five months after he had a life-saving liver transplant, according to his wife, Laurie Anderson.

Reed's most recent effort was 2011's "Lulu", a collaboration with METALLICA which polarized fans around the world and earned the band some of the most scathing reviews of its career. The effort features the former THE VELVET UNDERGROUND frontman's spoken-word poetry and lyrics combined with METALLICA's musical assault for a jarring experience that doesn't sound like anything METALLICA has ever attempted before. A concept album based on two early 20th century plays by German author Frank Wedekind, the CD was co-produced by Reed, METALLICA, Hal Willner — who has produced albums for Reed, Marianne Faithfull, and Laurie Anderson, among others — and Greg Fidelman. Fidelman also mixed the record.

In a recent interview with U.K.'s Kerrang! magazine, METALLICA drummer Lars Ulrich revealed that he still stands proudly behind "Lulu".

"Somehow I heard 'The View' about a month ago in my car; I don't know if one of my kids was playing it, or how it came on, but I thought it sounded fucking insane. It sounded really, really strong," he said. "I couldn't quite figure out what all the fuss was about. I don't know what people expected a collaboration between METALLICA and Lou Reed to sound like, but I'm proud of it. I'm sure that record will age well within the catalogue and within the history."

Lars cited U.S. talk show host "Howard Stern" as a particularly high-profile example of someone who mocked "Lulu" on release, but later ate his words.

"[He was] one of the many cynics that came around three months later and spent days on the broadcast apologizing, and so there's a whole group of people who keep coming back and saying, 'I was wrong about 'Lulu'!'" Lars said. "It's like, 'Listen, no worries; it's fine, you can think what you want.' We're happy and proud, and Lou Reed is obviously a legend. Who wouldn't want to work with him? If Lou Reed called you up and said, 'Listen, I love your writing for Kerrang! Do you want to do a project together where we could write some poetry?', are you telling me you're going to say 'no?'"

Speaking to The Verge last month, METALLICA guitarist Kirk Hammett was asked if fan reactions ever factor in when METALLICA is deciding what to do next. Kirk said: "No, because we're doing it for ourselves, man. 'Lulu' is a really good example. I think that 'Lulu' is some of the best stuff we've done. I mean, the song 'Junior Dad' moves me to tears, and working with Lou Reed was such a cool, unique, and special thing for us. Maybe it's not for everyone. Maybe it's a challenge for our fans, but for us — Lars, James [Hetfield, guitar/vocals], Rob [Trujillo, bass], and myself — we loved doing it and it was such a great experience. We look back at it very positively."

In an interview with SPIN magazine, Ulrich was asked if he was surprised by the overwhelmingly negative reaction to "Lulu". "It was more spiteful than anyone was prepared for," Lars replied. "Especially against Lou. He is such a sweet man. But when METALLICA do impulsive riffing and Lou Reed is reciting abstract poetry about German bohemians from 150 years ago, it can be difficult to embrace."

Lars also said that he never had second thoughts when sweet Lou came in with lyrics like "I swallow your sharpest cutter / Like a colored man's dick". "I understand that to some 13-year-old in Cape Girardeau, Missouri, it can all seem a little cringe-worthy, but to someone raised in an art community in Copenhagen in the late '60s, that was expected," he said.

Ulrich told Brazil's Wikimetal in September 2011 that he felt good about recording "Lulu", which came out to poor sales and disastrous reviews in November 2011. Ulrich said, "It's definitely very unique, and whether it's unique in a good way or unique in a not-so-good way, I have no idea yet. The people whose opinions I trust say it's very good. It feels very good; it's a lot of fun to do. But whether it's making a new sound, or paving a new way, I have no idea."

RIP TO A GREAT FRIEND A FELLOW MUSICIAN. FROM MAXES TO THE MASSES YOU MADE THE WORLD SING. I LOVE YOU LOU! #LouReed

Haven't really accepted the reality of the loss of Lou Reed. Still trying to process it. Denial I guess.

RIP Lou Reed.Thank you for your beautiful/dark lyrics/music and stance on life.You inspired me from my teenage years right up till today.

I love Lou reed so much. Always

Fuck! One of my all time heroes and friends has passed. RIP Lou!

Rest In Peace to Lou Reed. You will be missed!

R.I.P. Lou Reed & thank you & the Velvets. U were my inspiration in the '70's, 4 without you there would have been no punk rock!

RIP Lou Reed. A musician, artist and trailblazer who played by his own rules.