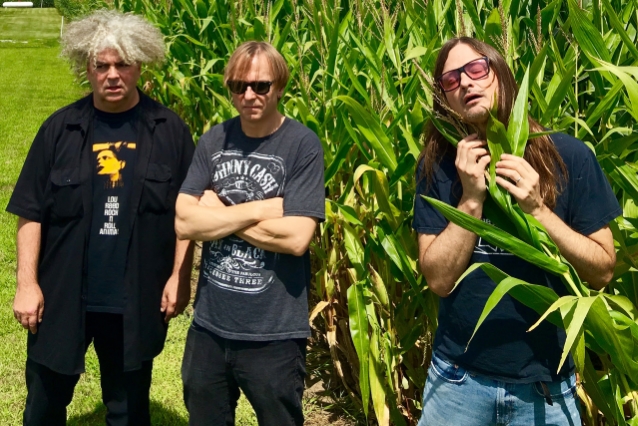 MELVINS have been forced to cancel their previously announced European tour which was scheduled to kick off on June 15 in Bristol, England.

Drummer Dale Crover broke the news of the cancelation in a Facebook post. He wrote: "Dear Friends, I regret to inform you that I have to cancel our upcoming European tour. I've been dealing with a back related injury and I'm unable to perform at this time.

"I feel awful that I have to let you all down like this. I want to assure you that I'm working very hard to return 100% better! We will come back as soon as we can.

"Thank you for understanding."

MELVINS are scheduled to kick off a 10-week U.S. tour on September 3 at The Casbah in San Diego.

The band'smost recent release was "Pinkus Abortion Technician", which arrived in April 2018 via Ipecac Recordings. The eight-song album is the band's first to feature two bass tracks on every song, with the bass players Steve McDonald and Jeff Pinkus (BUTTHOLE SURFERS) appearing on each song. The album boasts singles "Embrace The Rub" and "Don't Forget To Breathe".

I regret to inform you that I have to cancel our upcoming European tour. I’ve been dealing with a back...