Ashmedi, the founder of the pioneering Mesopotamian black/thrash metal band MELECHESH, will be the focus of a new documentary from Tools of the Trade Productions. According to a press release, "this documentary will try to capture Ashmedi in his personal surroundings as well as his music life in the Netherlands. The camera will travel with him to Jerusalem in the 'Holy' Land to emphasize and document the settings that have been relevant to the writing processes and the timeline of MELECHESH's existence. This portrait will reveal what aspects of the area contributed to the shaping of Ashmedi's personality on a spiritual, intellectual and musical level."

Commented Pieter de Haan of Tools of the Trade Productions: "Since I remember, I've always had a natural drawing towards those who break the rules, who do unpopular things, or jump out of the ordinary. As a filmmaker, musician and anthropologically interested metaller, I was inspired to shed some light over the back story of MELECHESH, but in particular of its founder, guitarist and vocalist Ashmedi. This documentary will be a fine account of Ashmedi's musical, cultural, ethnical and spiritual background, and will take us to places that will give a visual soundtrack to the mystical music of MELECHESH."

Ashmedi stated: "When Pieter of Tools of the Trade Productions contacted me, I was rather reluctant and skeptical, my band and I have been the subject of a documentary in 1997 and we felt that the film was polarized and inaccurate. To this date, I feel that very often many of such docs and films are rather polarized to the agenda of the director and end up being inaccurate at best or misleading at worst. The film maker understands this and we have been meeting regularly and gradually beginning the filming process. This would be a great opportunity to accurately depict what we are all about, as I tend to notice some misinformation about us out there." 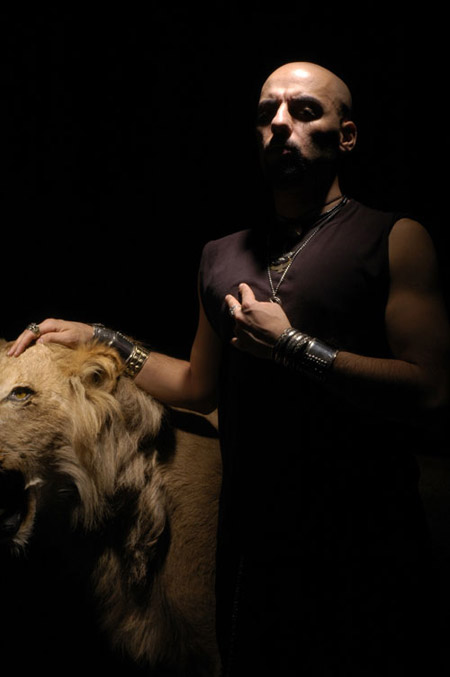