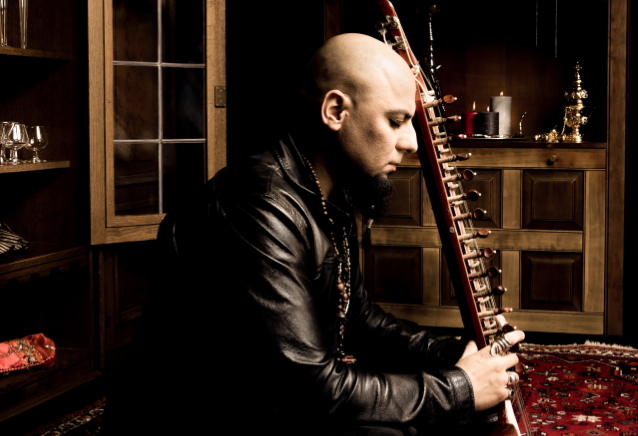 Ashmedi, frontman and founder of MELECHESH, received the first dose of the Pfizer vaccine 13 days ago in Jerusalem and is scheduled to get the second dose in eight days.

He says: "Due to a preexisting respiratory condition, I was eligible and given the vaccine. I'm now at 50% immunity... After the next one, it will climb to 95%.

"I'd rather get the vaccine than the disease, as I personally know several people who have passed away. I also know many who got COVID-19 and survived. Some suffered; some had very mild symptoms.

"I had no side effects from the vaccine aside the expected sore arm," he continued. "Nurse asked, 'Which arm [do] you use more — leftie or right handed? So we give you the jab on the other hand.' I said, 'I'm a guitar player. I use both simultaneously.'

"I have very close scientist friends biology and chemistry PhDs working in the pharmacological research... And they assured me science is sound. My longtime family physician and his daughter, who is a doctor as well, were there and took it too right before I did.

"Let's hope this will offer some relief to everyone very soon," he added.

Americans received just over three million initial doses of coronavirus vaccines from Moderna and Pfizer-BioNTech in the 19 days following first shipments. About 14 million doses have been distributed to states, the CDC reports.

According to Dr. Anthony Fauci, a leading member of the Trump administration's Coronavirus Task Force and director of the National Institute of Allergy and Infectious Diseases, the country will need to reach a 80-85% rate immunity to achieve so-called herd immunity.

MELECHESH is working on the follow-up to its latest album, "Enki", which was released in early 2015 via Nuclear Blast.