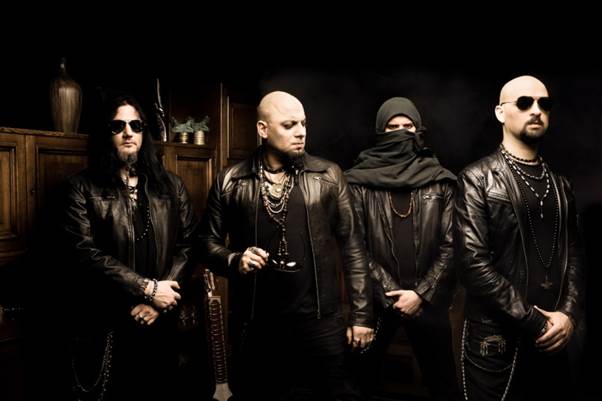 Mesopotamian black/thrash pioneers MELECHESH will release their new album, "Enki", on March 10, 2015 via Nuclear Blast. The follow-up to 2010's "The Epigenesis" was recorded in Greece by Giorgos Bokos (ROTTING CHRIST) while Jonas Kjellgren (IMMORTAL, LEGION OF THE DAMNED, OVERKILL, HYPOCRISY) took care of the mix and mastering at his Black Lounge Studios in Sweden. "Enki" also features guest appearances by Max Cavalera (SOULFLY, SEPULTURA) and Sakis Tolis (ROTTING CHRIST) on vocals as well Rob Caggiano (VOLBEAT, ANTHRAX) on lead guitar.

Commented MELECHESH mainman, singer and guitarist Ashmedi: "For the artwork we collaborated again with John Coulthart, who has done our previous two album covers.

"The art reflects the dynamics of the album and the world of MELECHESH: order and chaos. It amalgamates several spiritual, cultural and mythological concepts from the Near/Middle East and our lyrical aspects. Again, it was based in the golden ratio which for the purpose of this album seemed suitable. The pillars featured here are a continuation from the previous album and lead to a path of knowledge. John always manages to capture the essence of MELECHESH."

"Enki" can be pre-ordered in various formats (digipack, various vinyl colors), including a special t-shirt bundle, at this location.

MELECHESH spent one month in its rehearsal room in Hinzweiler, Germany preparing the material before entering the recording studio in Athens, Greece. The band wanted a Mediterranean place to capture the essence of the band’s origins.
With so many nationalities in the band, MELECHESH have become more comfortable at being labelled as an act from planet earth or just Jerusalem without adhering to any man-made virtual borders. To the band, this is metaphorical rebellion. 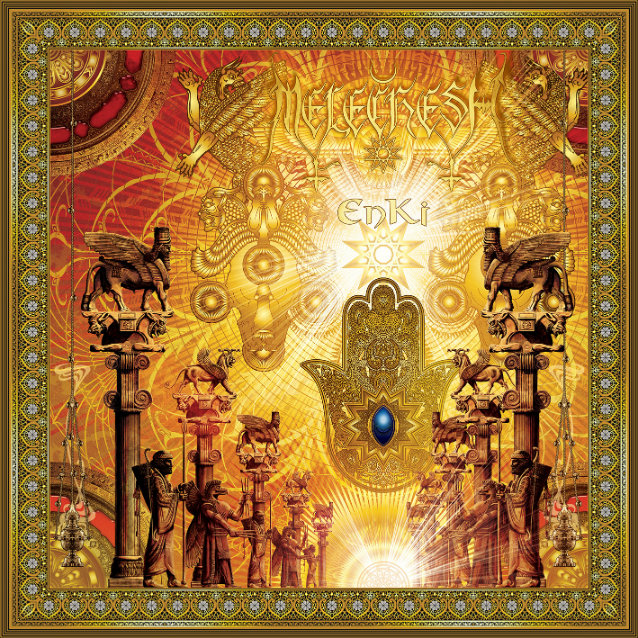