MEGADETH bassist David Ellefson has made an audio version of his first book, "Making Music Your Business: A Guide For Young Musicians", available at Audible.com. It will also soon be released through iTunes and Amazon.

Being a successful musician takes more than playing well. This audiobook helps musicians of all styles and levels manage the business side of their career.

Ellefson draws on 20 years of recording and touring experience to share his knowledge of how the music industry works — from the musician's perspective. The book explores the key areas of management, recording, promotion, touring, and career image.

It includes the following:

An audio sample of the "Making Music Your Business: A Guide For Young Musicians" audiobook can be streamed using the audio player below.

In a 2010 interview with Sonic Excess, Ellefson stated about "Making Music Your Business: A Guide For Young Musicians": "The whole idea of that book was to explain what the actual business of making it in music is really about.

"There are many ways to take lessons, view DVDs, and other ways to practice your instrument, but there is really not that much out there that discusses how to actually 'get in the game' of making music your living. Most of us have to figure it out as we go, and while there are no shortcuts or magical secrets, I thought a book might help provide some insights that could be useful."

He told For Bass Players Only in a separate 2010 interview: "'Making Music Your Business: A Guide For Young Musicians' was written in 1994-95 during the MEGADETH 'Youthanasia' recording and tour cycle. My thought was that I would have bought a book by Gene Simmons [KISS] or Geddy Lee [RUSH] if they had written one about the realities and day-to-day course of what it really takes to make it in the music business as an artist. So that became my inspiration to write a book from a working artist/player perspective, so younger musicians could learn from it. That book was released in 1997."

Shortly after the book's original release in 1997, Ellefson said that he felt it was his duty to give a helping hand to struggling young rockers. As he wrote in the book: "I think it's in our best interest to help and support each other whenever we can."

"Playing music is kind of like golf," he said. "When you're out there playing it, you're really competing against yourself. Yet at the end of the day, when you go up to the clubhouse, all the scores of all the people who played that day are listed up there. So to a certain degree there is (competition).

"The good thing about being in music is we all offer our audience something slightly different, even if we're all in a genre together. So to a certain degree, that takes away the competition," he said. "I think when you get to a certain level, you're not so threatened by everything anymore and at that point, you can actually be of service and be helpful to other musicians." 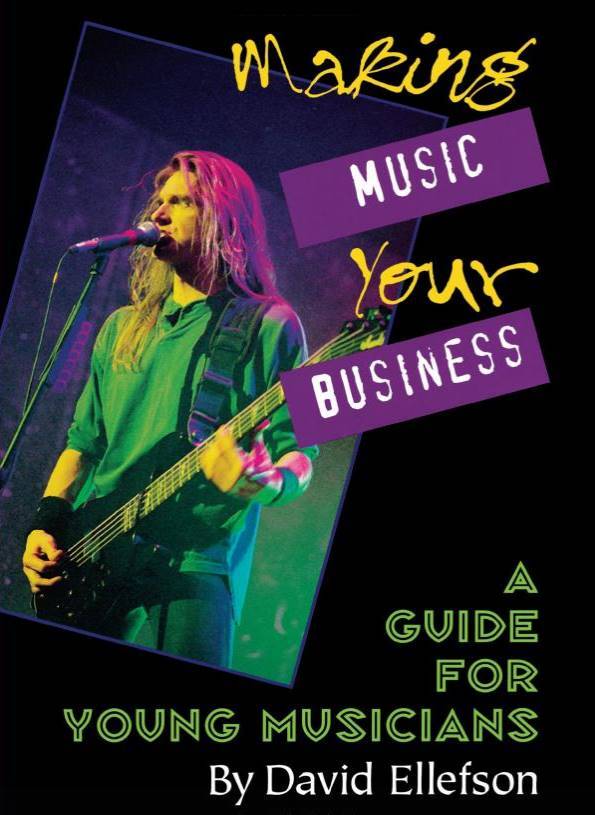