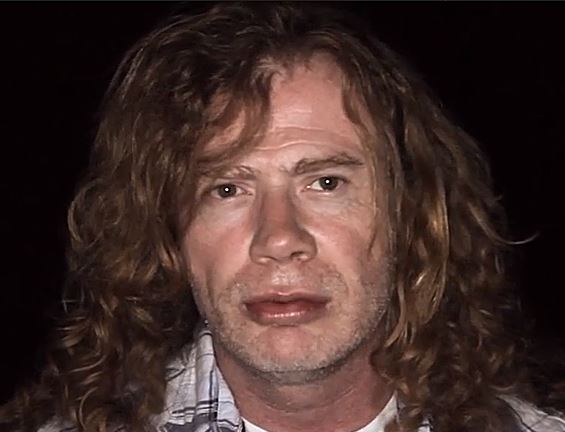 In a brand new interview with the Detroit Metro Times, MEGADETH mainman Dave Mustaine was asked why he thinks critics have been harsh on the band's new album, "Super Collider", while fans seem to "love" the CD. Mustaine replied: "Critics have to listen to a whole bunch of records and don't really have time to live with them like they used to when we were younger. They'll listen to a record once. If it grabs them, they'll say something about it. If it doesn't, they'll say something else about it. If somebody has said something good about it before, journalists nowadays can be impressed by a mob mentality. They'll jump on the bandwagon instead of being an individual and having their own opinions. There's also that psychosis where, if a guy doesn't like a person and he listens to the record, then it can be a masterpiece and they'll say it sucks. I know there have been a lot of misconceptions about me over the years and my autobiography cleared a lot of that up, but not everybody's read it."

Speaking to Ultimate-Guitar.com, Mustaine stated about "Super Collider": "There are gonna be people who are gonna take exception with the record because they're people that wanna hear 'Black Friday' the rest of their lives. And I feel for them, man. I know the first time I heard AC/DC versus what they put out now, it's a different time. I think that's the whole thing about if you're really a fan of the band, you grow with them or you stop being a fan. I always loved early AC/DC and I totally respect older AC/DC, but I was weaned on Bon Scott."

In a separate interview with KNAC.COM, Mustaine said: "I didn't want to make the same record over and over. I like to explore and take chances and push the limits to try something different.

"So many people think a band should always sound the same, but I don't want to do that. It can be a challenge to work out something new, and I think we have done that."

He continued: "I'm not the kind of musician that won't allow myself to grow. If I hadn't taken some risks, there would be no MEGADETH. Some fans want you to make the same song and sound the same all the time, but that is just not me."

Mustaine told Loudwire that the new album's title track was actually written several years earlier and remained unused until the "Super Collider" sessions. He explained: "The majority of the riffs in [the track] 'Super Collider', it's a very simple song, there's not a lot of stuff there. It was a file I had saved from several years before. I restructured the song a little bit and added a part to it and that's how the song ended up being. It was just one of those songs that had a vibe to it. It wasn't even that it was simple. After we finished 'Super Collider', people were saying, 'Wow, it sounds like 'Teenage Wasteland' [THE WHO's 'Baba O'Riley']; it sounds like [AC/DC's] 'Highway to Hell'; sounds like [VAN HALEN's] 'Running With the Devil'.' And I was like, 'Well, those songs don't suck.'"

"Super Collider" has sold around 72,000 copies in the United States since its June 4 release. The CD arrived in stores via Mustaine's new label, Tradecraft, distributed by Universal Music Enterprises (UMe).