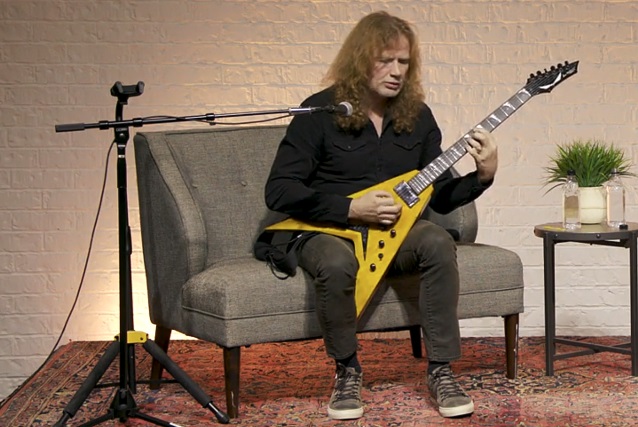 This past March, MEGADETH's Dave Mustaine took part in an installment of "Art Of The Craft" hosted by the Nashville chapter of The Recording Academy. The Grammy winner detailed his unique approach to the guitar, including demonstrating his "spider chord" guitar technique and how classic songs such as "Wake Up Dead" from MEGADETH's 1986 album, "Peace Sells… But Who's Buying?", took shape. The discussion, which was moderated by music personality Matt Pinfield, can be seen below (courtesy of Grammy.com).

MEGADETH has a number of European shows lined up in June and July before tentatively entering the studio later in the year to begin recording the follow-up to 2016's "Dystopia" album.

"Dystopia" was MEGADETH's first album with Brazilian guitarist Kiko Loureiro, who was previously best known for his work with ANGRA.