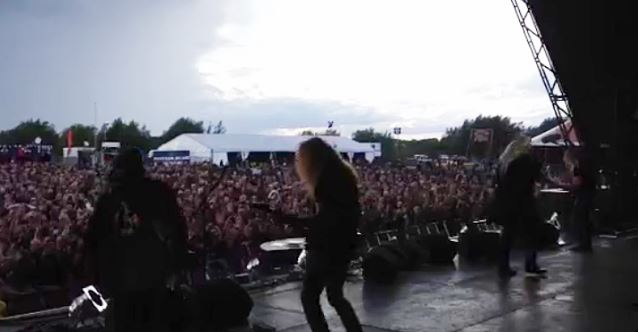 Mustaine named SAXON's "Sacrifice" one of his favorite albums of 2013, saying it was "loyal to the sound of the NWOBHM [New Wave Of British Heavy Metal], but thrashier. Great vocals and production round out a great album."

SAXON's previous album, "Unplugged And Strung Up", sold around 500 copies in the United States in its first week of release.