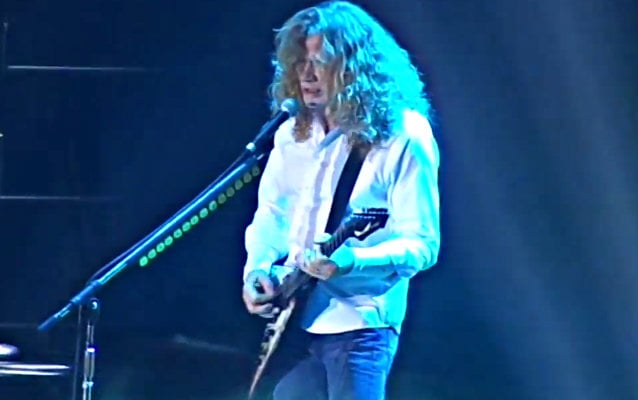 "For those of you that were unable to attend or to hear, see, or read any of the answers from our first press conference in Latin America, I have something to share with you.

"October 31, 1994 is the official release date of 'Youthanasia'. The rumor that we are doing a 20th-anniversary concert is a dreadful situation and as soon as I found out that this tour was presented to you, the fans — the brilliant MEGADETH fans around the world that know how to read a calendar and know it ain't 20 years until 20 years have gone by — as the 20th anniversary of 'Youthanasia', I told all of the interviews I did leading up to our arrival, that it was a terrible mistake and we have parted ways with the persons responsible.

"Now I know that doesn't help that you have been told one thing and we are telling you another, but you know me and you know MEGADETH: we are going to make this right. We scrambled to get all four of us, who live very far apart (Shawn [Drover, drums] lives in Georgia), and we chose four songs to play for you until the real anniversary comes after October 31st. [Note: We specifically released 'Youthanasia' on Halloween, and I may have slept in late today, but it ain't Halloween yet.]

"Besides having to get everyone in the same place, we also had to develop the live production and the video content that goes along with it. So, to make a long story boring... we started with 'A Tout Le Monde' in Las Vegas, added 'Reckoning Day' in Tucson, and added 'Youthanasia' to Quito.

"Depending on how long our stage time in Santiago is will determine our set list. You can count on if it is 75 minutes (which I think it is), we will make sure to play as much of the 'Youthanasia' songs as we can. Rest assured that we are aware of the rumor, we took action, and that whatever songs we play, that we will play our very best for you.

"Please don't take this out on the promoters down here. We have explained this to them, and they have been very understanding, although I know we are all disappointed that this rumor even started, and it being too late to fix all the ads, I promise to give you all the best MEGADETH show to date this tour." 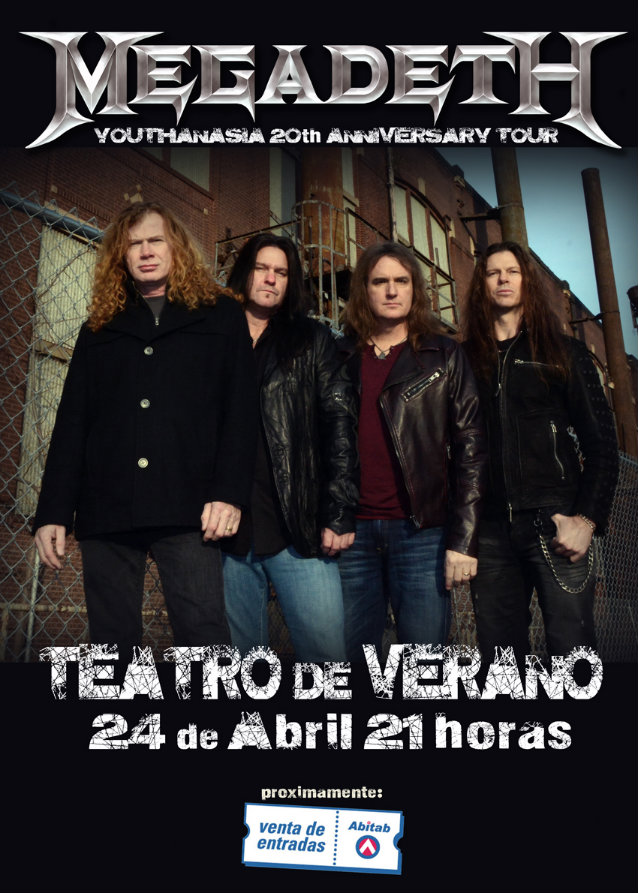