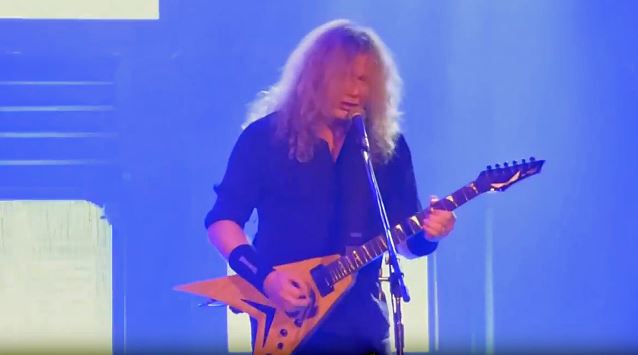 Fan-filmed video footage of MEGADETH's October 16 performance at BB&T Pavilion in Camden, New Jersey can be seen below.

He continued: "You know, after I had the surgery on my neck, when my neck [was] broken, I had a plate stuck in my neck and it touched my vocal box so my voice changed, and it's made it so that my voice is a little lower. And that's kind of a bummer, because a lot of songs in the past we had to just skip because the register was so high. But with working through it and exercising and practicing and warming up and stuff like that, I've been able to return a lot of my vocal range, and that's been good for us, because we've been able to have more songs [to choose from]." 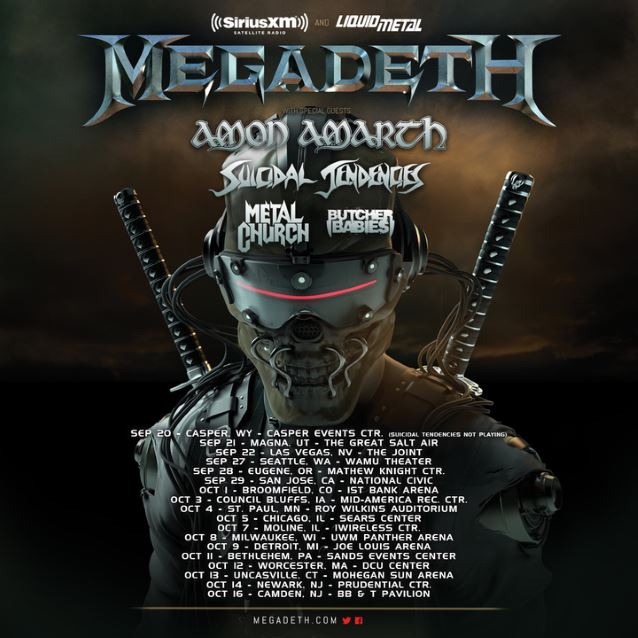