MEGADETH will join forces with MESHUGGAH, TESSERACT and LILLAKE for around dozen dates in the U.S. and Canada in June and July.

Last August, Mustaine told a fan on Twitter that he hoped he had "two more" MEGADETH albums in him before calling it quits.

In a 2016 interview, Mustaine stated about the band's latest additions, Brazilian guitarist Kiko Loureiro, best known for his work with ANGRA, and former SOILWORK drummer Dirk Verbeuren: "Well, these guys are some of the best at what they do in the business, so it's really made me re-evaluate my playing. And usually I would not warm up before I would go out and play, because I know what I'm doing, and it's kind of like… I'm just a natural at it; for whatever reason, God blessed me with this gift. And seeing them now, they're just so fierce, it makes me wanna be the best I can be at what I do. Even if I am self-taught, even if it is something that I just was born with, I wanna be the best I can at it."

MESHUGGAH's latest album, "The Violent Sleep Of Reason", was released last October via Nuclear Blast. The disc was produced by the band and was engineered by Tue Madsen of Puk Studios in Kaerby, Denmark.

MESHUGGAH drummer Tomas Haake told Metal Hammer that the band recorded "The Violent Sleep Of Reason" live in the studio — marking the first time they have done that "in 20-25 years." He said: "It was time limitations that stopped us doing it before. And it's been interesting. 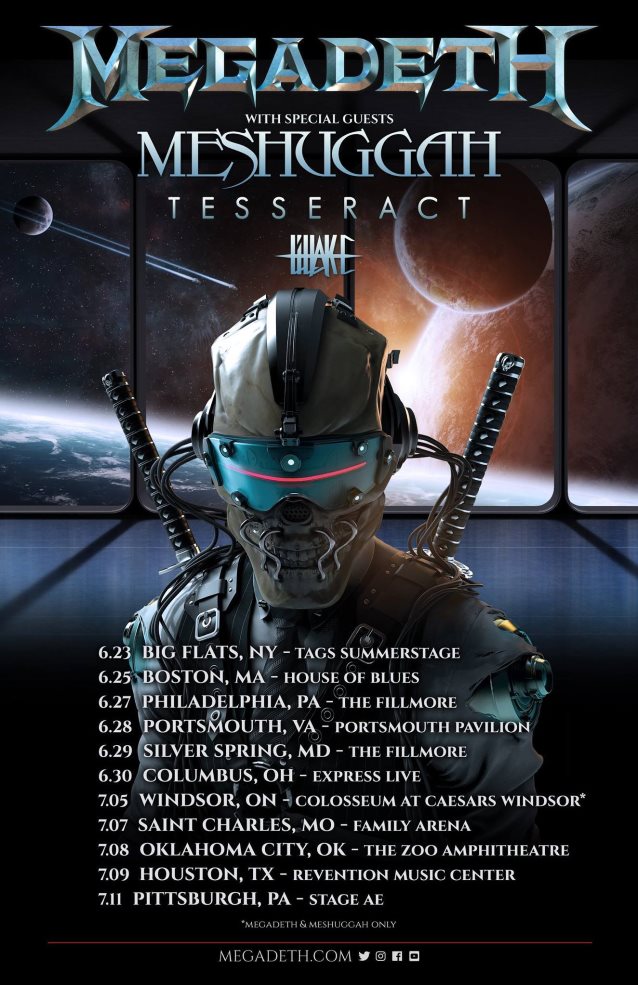