MEGADETH recently released a 25-second video teaser for "Warheads On Foreheads" featuring a snippet of the band's classic track "Take No Prisoners".

This is not the first time MEGADETH has released a greatest-hits collection. Back in 2005, the band issued "Greatest Hits: Back to the Start", the track listing for which was selected by fans in a poll at the band's official web site. That effort packed 17 top hits and favorites on a 78-minute single disc, including "Peace Sells", "Symphony Of Destruction", "In My Darkest Hour", "Holy Wars... The Punishment Due" and "Sweating Bullets".

Prior to the arrival of "Warheads On Foreheads", MEGADETH will reissue two of its iconic records, 2001's "The World Needs A Hero" and 2004's "The System Has Failed", through BMG on February 15.

The band is also working on the follow-up to 2016's "Dystopia" album for a tentative summer/fall release. The LP will be MEGADETH's first to feature drummer Dirk Verbeuren (ex-SOILWORK), who joined the group nearly three years ago. 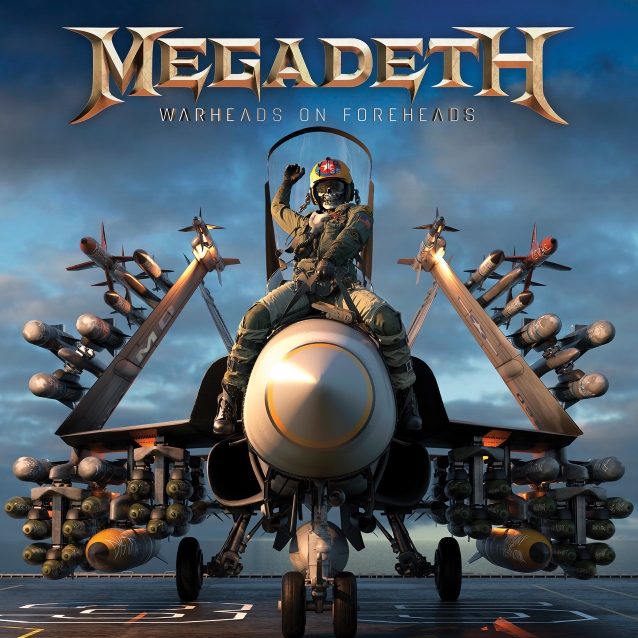