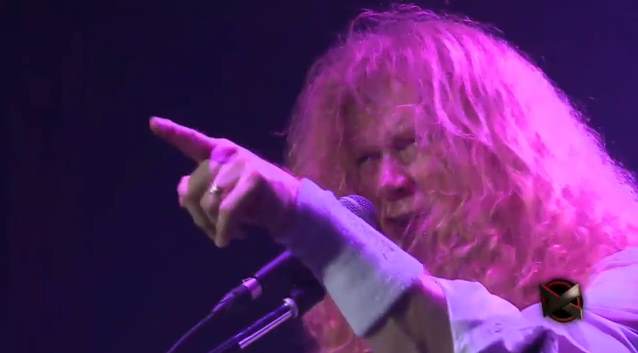 Professionally filmed video footage of MEGADETH's entire May 2 concert at Teatro Vorterix in Buenos Aires, Argentina can be seen below.

Commented MEGADETH mainman Dave Mustaine: "Glad you all got to see the amazing phenomenon of MEGADETH and Buenos Aires' love for each other. The problem, if there is one, is that this passion is contagious. Their brothers and sisters (all of our brothers and sisters, really) in Ecuador, Chile, Uruguay, Brazil, and Colombia all have this 'mad' love for us too, and the South American nations have this fun rivalry of 'who can sing the loudest?' and thrash the hardest, and love us the most, and it has spread through the continent.

"After we streamed the show that night, the world got its first 'Megadethspanol' lesson. The first word was 'Aguante,' which simply means 'keep going...don't ever stop!' So, you understand now what 'Megadeth, Megadeth, Aguante Megadeth' means.

"I really appreciated the opportunity to play for you via the Internet, and I have a feeling we have not seen the end of this." 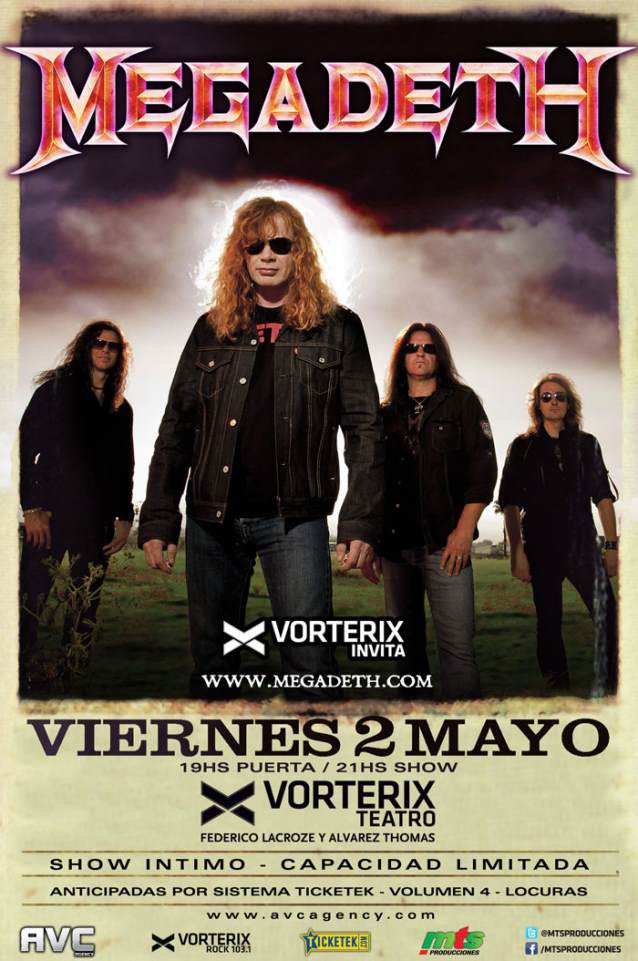