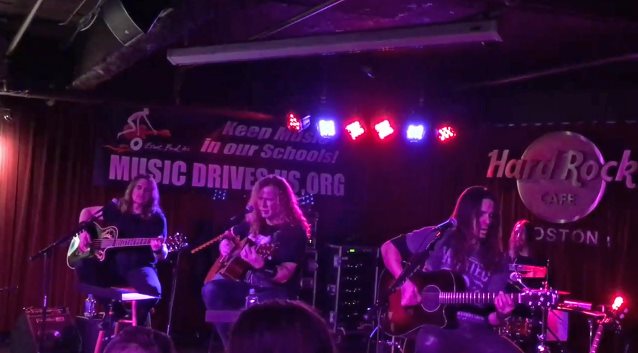 Music Drives Us is a local charity connected to various youth music programs in New England.

MEGADETH's performance was billed as "Thrashing Through The Snow", and tickets were $100. VIP passes were priced at $250, and included an "eat-and-greet" with Mustaine before the show. Proceeds from the event support Music Drives Us "and their mission of keeping music in New England schools."

A few years ago, Mustaine funded a soup kitchen in Haiti. He stated at the time: "I really am trying to live my life differently today, and part of that was in finding something to believe in.

"One of the things that has happened since I started this transformation is getting involved with helping widows and orphans, and helping the homeless...

"I was approached with an opportunity, and thanks to your unwavering support, my family and I have been able to fund a soup kitchen in Haiti with a ministry called Outside The Bowl." 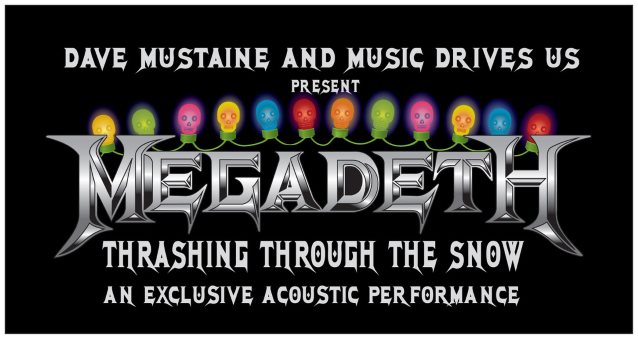