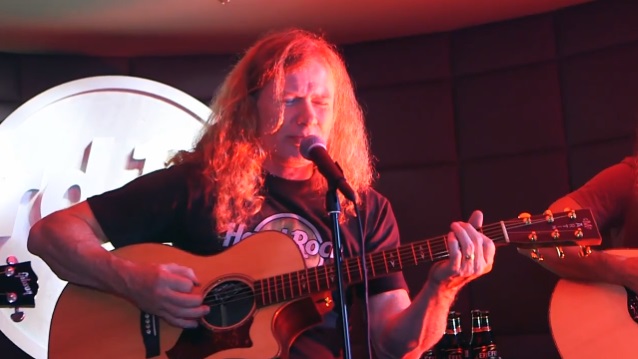 The intimate performance at the Hard Rock Cafe in Istanbul’s Beyoğlu district in the early hours of August 5 included "unplugged" arrangements of the MEGADETH classics "She Wolf", "A Tout Le Monde" and "Symphony Of Destruction".

Video footage of MEGADETH's Hard Rock Café appearance can be seen below.

On Monday, MEGADETH played a full electric set as the headliner of the Rock Off festival at Küçük Çiftlik Park. Also featured on the bill of the three-day event were HIM, AMON AMARTH, STRATOVARIUS and GOJIRA.

Rock Off marked MEGADETH's fourth performance in Istanbul, following prior visits in 2001, 2005 and 2012.

As previously reported, MEGADETH is continuing work on material for the band's next album, tentatively due in 2015. 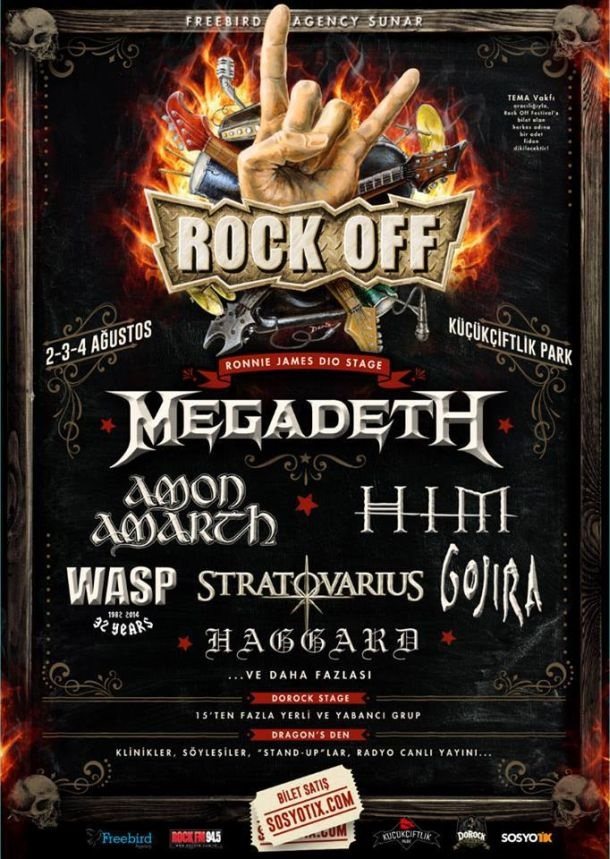