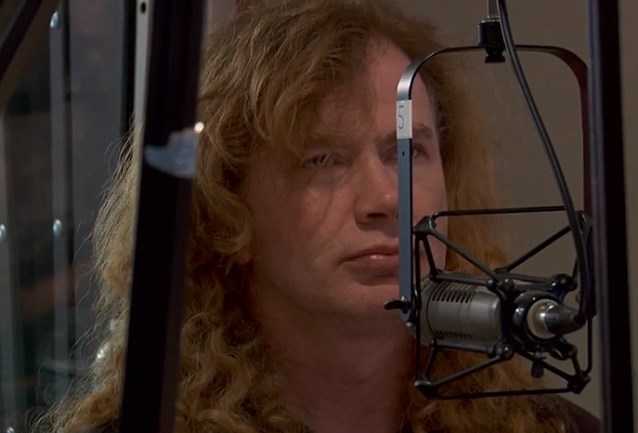 The members of MEGADETH were interviewed earlier in the month on the Liquid Metal channel on SiriusXM satellite radio. You can now watch video footage of their appearance below.

"That song kind of came from that 'Symphony Of Destruction' corner of my mind," Mustaine told Guitar World magazine. "You can't always play aggressive, thrashy stuff. Sometimes those aren't even songs; they're like musical rams. But because I'm not a pop guy, I'm also not really comfortable playing sing-along songs. To me, 'Super Collider' made sense like a normal song — a verse-chorus-verse-chorus kind of thing. It's written the way a real songwriter would write the song, instead of just taking all these musical twists and turns."