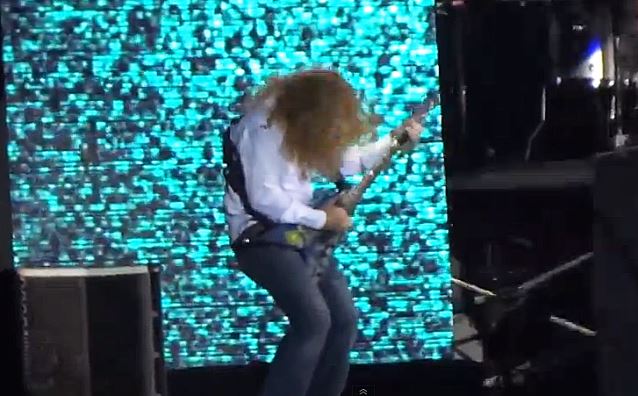 Fan-filmed video footage of MEGADETH's entire October 4 concert in Santiago, Chile as the support act for BLACK SABBATH can be seen below.

In a recent interview with Metal Insider, MEGADETH bassist David Ellefson stated about the band's decision to release the new album via the group's own label, "The whole imprint idea is that we pretty much just put our logo on our own record [laughs], but we use the muscle of Universal Music Group around the world to push it out and to use all of their marketing and distribution, which is what you want.

"Anyone can start a label, but if you're just selling them out of your post office box, you're gonna sell about two copies versus having it distributed around the world. So major-label distribution obviously makes all the difference in the world. And we noticed that when we went from 'Killing Is My Business' to the 'Peace Sells' record years ago."

Regarding the songwriting process for "Super Collider", Ellefson said: "We worked with [producer] Johnny K on the last record, so we already had the getting-to-know-each-other experience on that record; that was kind of the first date and this was more digging into the songs on the record and had a good idea of what we were going into when we started it. And, really, the songs were laid out in October and we did the 'Countdown To Extinction' 20th-anniversary tour, and by the time we were ready to start tracking at the end of December, we had a good road map of where we wanted to go and there were a lot of tunes that were already on the deck and ready."

He added: "We're a band now that is always on tour, so we always try to find little windows to make records in between. [laughs] So yeah, we were already laying out the record during the last world tour. And we knew once we were rolling off the road that we were going to go in and start tracking. January gave us the opportunity to write about six more tunes, which also included bringing in the cover song of [THIN LIZZY's] 'Cold Sweat'." 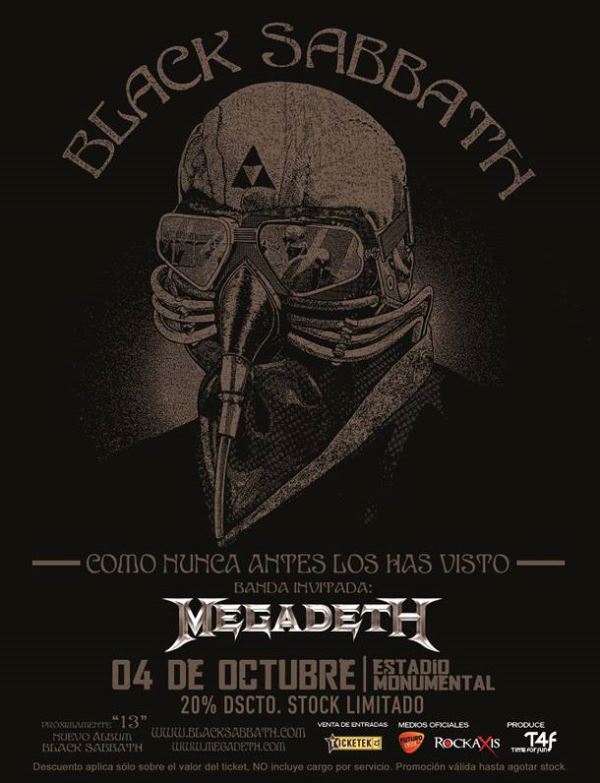