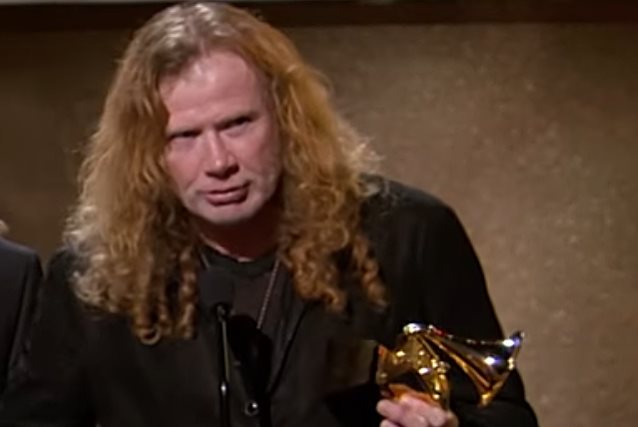 When MEGADETH was honored with its first-ever Grammy Sunday night (February 12), the band's walk up to the stage was inexplicably accompanied by the sound of the house ensemble playing the song "Master Of Puppets" from MEGADETH mainman Dave Mustaine's former band METALLICA.

Mustaine didn't seem to mind the mishap last night, playing air guitar along to "Master Of Puppets" as he took to the stage to he accept recognition in the "Best Metal Performance" category for MEGADETH's "Dystopia".

Earlier today, the MEGADETH leader addressed the issue in a Twitter response to a fan who called the incident "a slap in the face." "Ah, you can't blame 'em for not being able to play MEGADETH," Mustaine wrote.

Ah, you can't blame 'em for not being able to play @Megadeth https://t.co/acEyzSQgyT