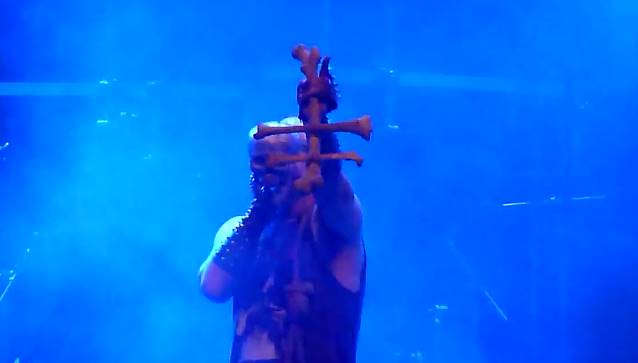 Fan-filmed video footage of MAYHEM's May 18 performance at Effenaar in Eindhoven, The Netherlands can be seen below.

MAYHEM will release its fifth full-length album, "Esoteric Warfare", on May 23 via Season Of Mist. The effort, in its various formats, including a limited vinyl collector's box, is available for pre-order on the Season Of Mist e-shop. The stunning cover was created by Polish artist and architect Zbigniew M. Bielak and can be seen below.

MAYHEM has gone through many lineup changes due to various circumstances. Therefore, even the loss of guitarist Blasphemer, who decided to focus on his other band AVA INFERI in 2008, did not stop the band. Activities mainly revolved around live shows, until the right balance was found again with the recruitment of Morten "Teloch" Iversen. The guitarist had already made a name for himself with NIDINGR, which is highly regarded amongst black metal enthusiasts yet remained mostly an underground phenomenon.

Now his first compositional work with MAYHEM is unveiled and demonstrates how perfectly Teloch has captured the essence and spirit of the Norwegian legend by clearly linking the band back to its roots, while at the same time taking a step forward into the spearhead position of the genre instead of dwelling in nostalgia.

"Esoteric Warfare" is finally ready to be unleashed. This full-scale assault of total dark savagery of freezing riffs and Attila Csihar's inhumane vocals is entirely based on a concept dealing with the esoteric experimentations of the nuclear powers during the cold war. The album proves once again and beyond doubt that MAYHEM are the Alpha and the Omega of black metal! 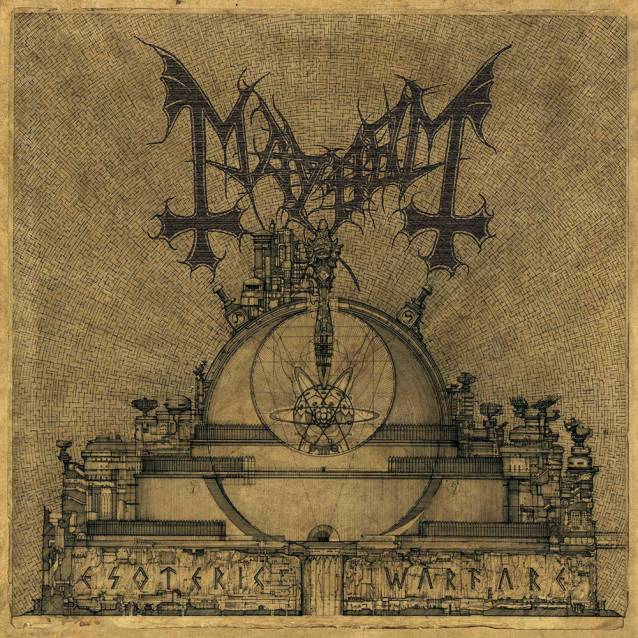