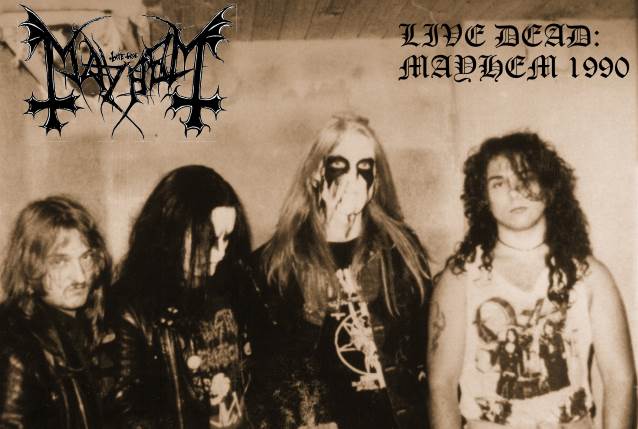 "We are glad to be able to honor the Euronymous and Dead era in this comprehensive box set that Peaceville and Finn Håkon Rødland put together for the band," said MAYHEM's Necrobutcher and Hellhammer.

MAYHEM, the Norwegian pioneers responsible for invigorating a global scene alongside originators such as VENOM, CELTIC FROST and BATHORY, formed in 1984, and with a long history of tragedy, intrigue and infamy have become truly revered legends of black metal. A large part of their legacy was established in the late '80s and early '90s when guitarist Euronymous and bassist Necrobutcher welcomed Hellhammer on drums and Dead on vocals to help shape a new era of darkness and Armageddon.

Marking 30 years since this particularly iconic and subsequently ill-fated union, the deluxe "Cursed In Eternity" set contains a full and expansive collection of work by the band during that period. This includes MAYHEM's legendary 1990 live dates in Norway and short German tour, plus the additions of the "Out From The Dark" and "Henhouse" rehearsal sessions. These six titles are all presented on a special limited picture disc format for this release, with the set also including a seven-inch single vinyl containing two studio tracks ("Freezing Moon" and "Carnage"), recorded initially for the CBR compilation "Projections Of A Stained Mind" and here featuring sleeve artwork made at the time by former vocalist Maniac.

Along with a full 92-page book recalling tales of their legendary shows and inspirational music from both band members and others from the scene, and including letters and previously unseen photographs sourced from personal archives, all in collaboration with the True Mayhem Collection, "Cursed In Eternity" also presents, for the first time, a DVD containing never-seen-before footage from the entire Jessheim concert, plus front-of-stage video from the Sarpsborg show, giving a priceless insight into how these shows were witnessed at the time. The DVD is completed by full footage of the Henhouse rehearsals.

As a final bonus inclusion, "Cursed In Eternity" features posters from the original designs and Zeitz photo from those iconic live shows. 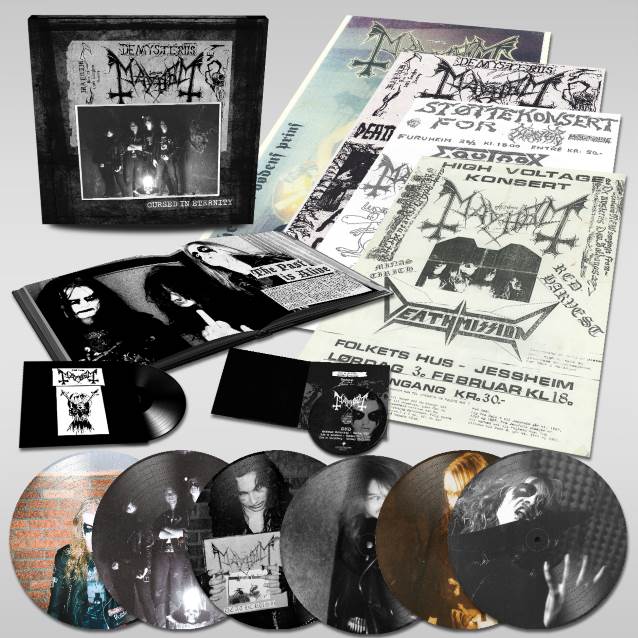