MAYHEM will return to North America for the first time in support of "Daemon", its new record, which has been universally hailed as their greatest since the band's genre-defining debut, while the former IMMORTAL frontman Abbath crabwalks back to the States and Canada in support of his band's stunning new "Oustrider" album.

Presented by Century Media Records, and sponsored by Relapse Records, Holy Mountain Printing and Season Of Mist, the "Decibel Magazine Tour" is once again poised to be grimmest and most frostbitten heavy metal tour of the entire winter.

Tickets for the 2020 "Decibel Magazine Tour" go on sale Friday, November 8 at 10 a.m. local time and can be found at www.decibelmagazine.com/tour. All dates and venues are below. 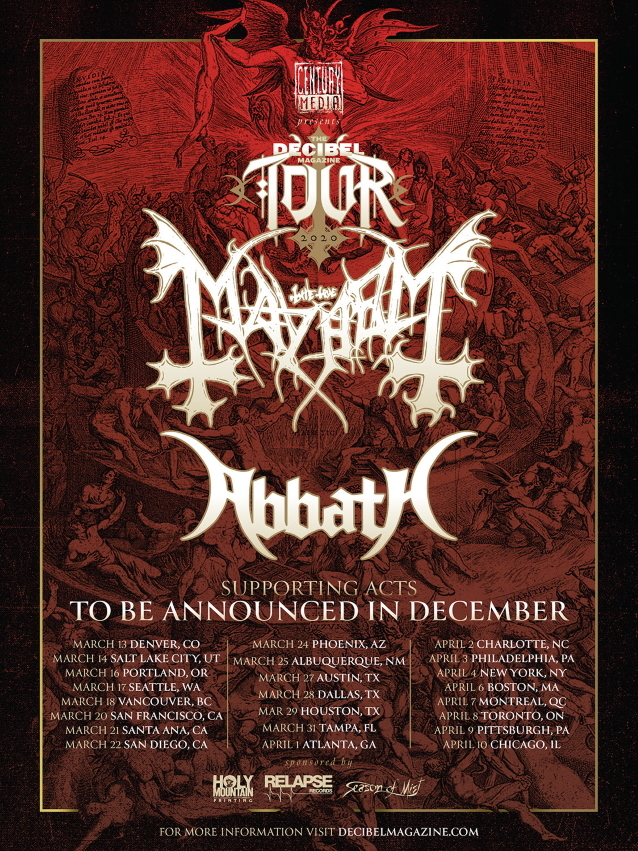