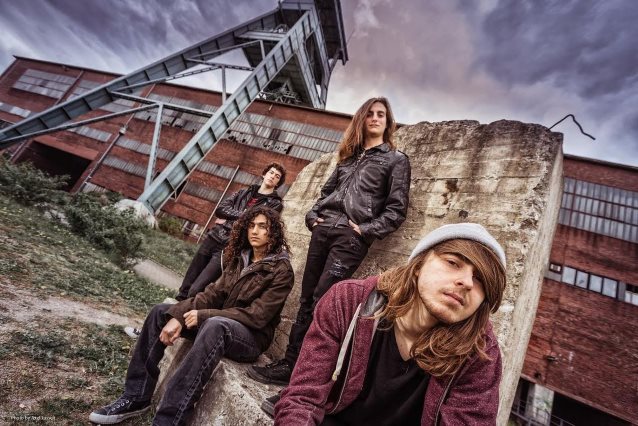 Pennsylvania-based metal act NEXT TO NONE, featuring drummer Max Portnoy (son of former DREAM THEATER drummer Mike Portnoy), will release its second album, "Phases", on July 7 through EMP Label Group in North America, and InsideOut Music in Europe. The band recently completed its first ever European tour alongside labelmates HAKEN and is preparing to support Mike Portnoy's SHATTERED FORTRESS.

Formed in 2012, in the Lehigh Valley area of Pennsylvania, the foursome released its well-received debut, "A Light In The Dark", in 2015 via InsideOut, before setting out to work on "Phases".

Max Portnoy says: "It's a collective production, with all of the band having their say. We had strong ideas as to how we wanted this album to turn out, and if we'd brought in an outside producer, then this could have changed. So, it was best for us to stick together and follow our own vision."

The recording process started early last October, with drum parts being recorded at Neal Morse's Radiant Studios in Nashville; these sessions were engineered by Jerry Guidroz. Max says: "We then spent about four months at Thomas's home studio (Battery Powered Studios) doing the rest of the work; Thomas was the engineer for those sessions. We were in there every day until 3 a.m. I don't know how Kris coped, because he was going to school after we'd finished in the studio and getting just a couple of hours sleep."

He continues: "We're so excited to finally be releasing our new album. We feel it's a huge step forward for the band and shows a much heavier and much more technical side.

"This album is very special to us because it's the first time we recorded and self-produced our entire album. We were able to create music that is completely our own. Every note, every sound, every word, came from us and we can't wait for you all to hear it. I suppose you could say that we've done here is do more of everything we did before, but the greater experience we now have has helped us become better at what we want to do."

Cuce adds: "Working with Nolly on the mix has been one of the highlights of this recording for us. He captured the exact sound we wanted right from the start.

"Doing this upcoming tour with the SHATTERED FORTRESS will be a great opportunity to premiere this new material to an audience that will surely get where we're coming from."

"Phases" marks the recording debut of NEXT TO NONE guitarist Derrick Schneider, who came on a recommendation from band friend and former GUNS N' ROSES guitarist Ron "Bumblefoot" Thal. Guitarist Ryland Holland departed NEXT TO NONE last year to attend Berklee College Of Music. 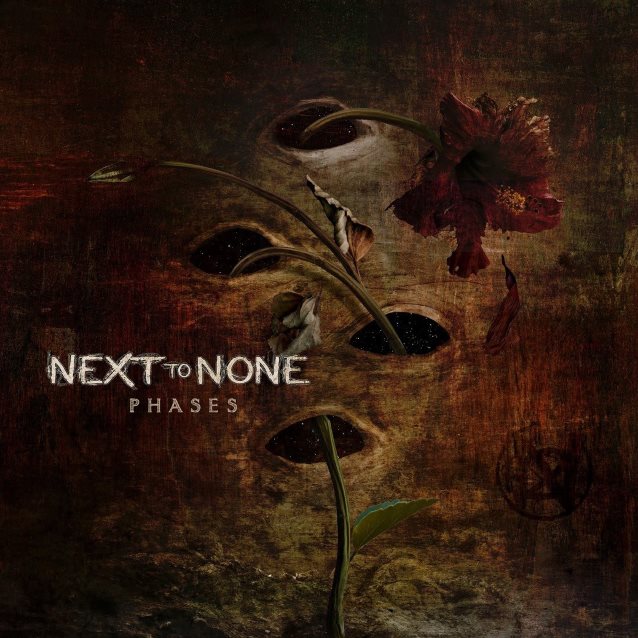