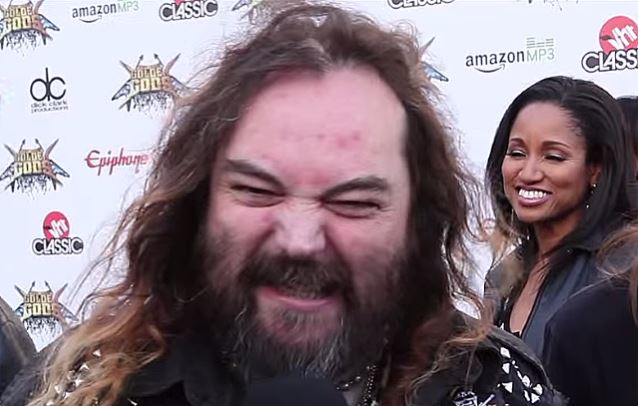 "I was actually kind of surprised, 'cause I thought the topic kind of died out," Max said (hear audio below). "I actually lost all kinds of hope for it. Honestly, today, I don't see it happening, just because of how our lives are and how those guys' [the other members of SEPULTURA's classic lineup] lives are; it's a pretty different world. We live in completely different worlds from those guys. And I think it's not the same. It won't be the same. The magic is gone. And I don't think a reunion would be the best thing for SEPULTURA. I honestly don't think it would. I kind of prefer [for] it to stay like this and leave the memory how it was."

He continued: "It was a great band [that] did great stuff. I'm proud of the records [I made with SEPULTURA]. And you can go to YouTube and check out all the old videos and how great it was, and kind of leave it like that. And then [we can] do other stuff — like KILLER BE KILLED and CAVALERA CONSPIRACY and SOULFLY — that we are plenty busy with."

Max added: "[But] I was actually surprised [by] that comment [from] Igor, because I don't really see it happening myself, unfortunately."

SEPULTURA guitarist Andreas Kisser said in a September 2014 interview that all the talk of a reunion of the band's classic lineup was "a pain in the ass," and added that the band was angered by "all the pressure of this reunion bullshit, especially coming from that side, especially Max and Gloria always touching that subject."