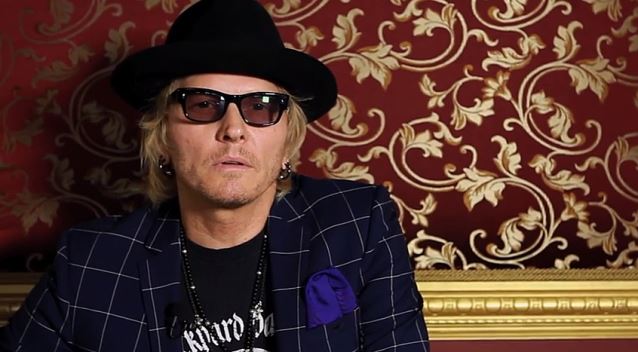 Sorum told RollingStone.com about his upcoming CD: "It's much more introspective than my usual heavy rock stuff. It's more of a singer-songwriter thing. I play acoustic guitar, and it's a little mellower kind of album."

In a January 2013 interview with Music Radar, Sorum stated about "Stratosphere": "I started writing it within the last couple of years. I went out to the desert because of Gram Parsons and all those guys — you know, the Joshua Tree, Palm Springs area — and I had an amazing time working there. I went to a trippy old hotel and wrote eight songs in five days.

"A lot of people don't know me as a songwriter, but I've always been a guitar player. I like to dabble with the acoustic. The stuff that I've written for VELVET REVOLVER — like 'Set Me Free' and 'Spectacle' and a few on the first record — those were done on an acoustic.

"I made a record with another guy called 'Hollywood Zen', and that was my first attempt to do my own thing. I was a bit nervous, though, so I can't really say that it was my record — it's a collaboration. My main goal on this record is to write everything myself.

"What's been happening with me is, I'm getting older, and I'm a different guy… I'm not on drugs and alcohol anymore. [laughs] I'm more spiritual. I'm thinking about the planet and caring about other people more, and I've got a charity… And that sparked a lot of lyrics. I have a song called 'Lady Of The Stone', which is about Mother Nature's perspective on what's happening to the planet. What would she say if she was watching?

"I wrote another song called 'Land Of The Pure'. I was very struck by what happened with the girl Malala [Yousafza] from Pakistan. I wrote it about the girls in Pakistan — young girls all over the world — who are not being allowed to be educated. I'm going to have a singer named Atif Aslam, who's from Pakistan, sing on it. That's very eclectic. There's going to be a lot of percussion and orchestration. People are going to trip to it."

"For the second part of my trip, I hung out on the beach. I stayed at a little hotel called the Surf and Sand Hotel — I used to go there in the early '70s with my grandparents. While there, I wrote a song called 'The Sea'. I remembered how much I loved the beach as a kid. Nothing seems to matter when you're on the beach.

"I wrote another song there called 'Blue'. I was thinking, Why does the word 'blue' always mean sadness? I wrote it as a positive thing — the sky, the water. It's a Tom Petty-meets-David Gray kind of song. It's pretty cool.

"And I wrote a song called 'Josephine', which is my grandmother's name. She and my grandfather were married for 69 years. The song is about him being in the orchestra pit, he was in the band, and her being a ballerina. They met in the 1920s. My grandmother just turned 100. The song is going to be all orchestra and piano. It's an ode to them."

Asked why he doesn't play drums on the album, he said: "I feel like it's not right for this record. I want to have a producer's perspective, so I don't want to sit there and analyze my drumming. I've been rehearsing the band, I put a great band together. I've got a drummer named Brian MacLeod, who's played with everyone from Sheryl Crow to Linda Perry — he's been on tons of records. He's got more of that gift. I'm a rock drummer, but I can play other styles. He can play more organic, singer-songwriter stuff. As light as I play, I have a sound that might be more rock." 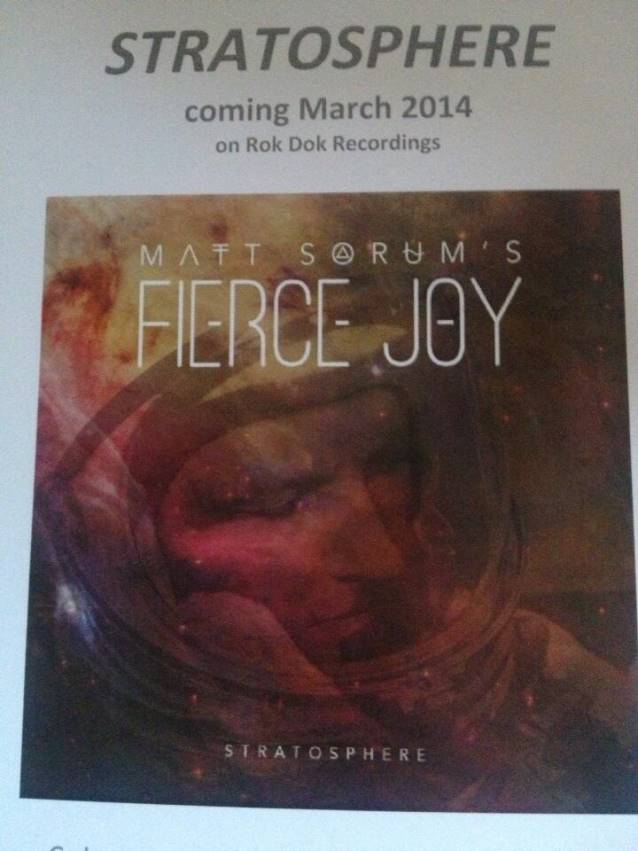