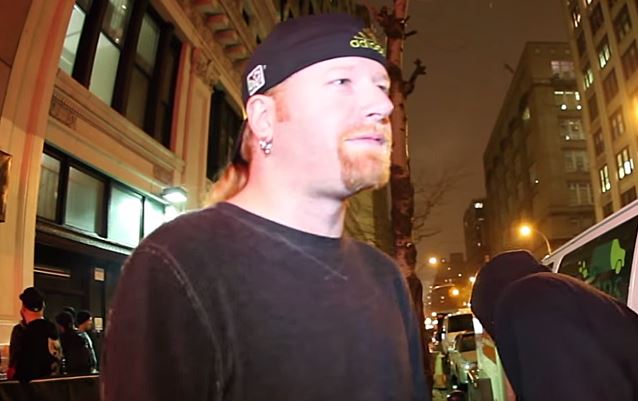 Bassist Matt DeVries, previously of CHIMAIRA (where he played guitar) and SIX FEET UNDER, has released the following statement regarding his departure from FEAR FACTORY:

"For those that haven't already heard, I've decided to step down as bass player of FEAR FACTORY. The main reason being to simply take some time off of the road and focus on my kids.

"I couldn't think of anyone better to take my place than Tony [Campos, ex-SOULFLY, STATIC-X, PRONG, MINISTRY]. He's a good friend and great bass player!

"Thank you to all FEAR FACTORY fans. You guys have been amazing and made the past three years a blast! Thank you as well to Dino [Cazares, guitar], Burt [C. Bell, vocals], and Mike [Heller, drums] for a great ride, and some memorable/incredible shows! None of which could have happened without our amazing road crew: Wedge, Jerry, Justin, Sarah… You guys rule!

"Music is my passion, so this won't be the last time you see me."

FEAR FACTORY added in a separate statement: "We're really sad to see Matt DeVries go, but we totally respect his decision and wish him the best.

"The past three-plus years have been beyond amazing.

"We've known Matt for a very long time and we've gone through a lot together, so we will always be friends. We wish him the best of luck on his future endeavors."