Atlanta progressive metallers MASTODON have announced a string of tour dates in September with DINOSAUR JR. and NETHERLANDS.

MASTODON said of the tour: "We are so stoked to be doing a proper Canadian and far North American cities tour with the legendary DINOSAUR JR. We've been talking about it for years and it's finally happening!! We hope to see you there!!"

J. Mascis of DINOSAUR JR. added:" "The first time I saw MASTODON was years ago at the Canadian border. They were ahead of us in line, and breezed right through. Somehow it made it made it seem like maybe we too could cross the border successfully, and everything would be okay. I feel safe with MASTODON traveling through this vast land, and look forward to some killer gigs."

A special BLABBERMOUTH.NET presale will begin on Wednesday, May 2 at 10:00 a.m. local and end on Thursday, May 3 at 10 p.m. local time. When prompted, type in the presale code "sand" to access tickets before the general public.

General admission tickets will be available for purchase starting Friday, May 4 at 10 a.m. EST.

MASTODON's latest album, "Emperor Of Sand", came out in March 2017. The follow-up to 2014's "Once More 'Round The Sun" was recorded at Henson Studios in Los Angeles with producer Brendan O'Brien (PEARL JAM, NEIL YOUNG, AC/DC, RAGE AGAINST THE MACHINE), who first worked with MASTODON on their seminal 2009 album "Crack The Skye".

"Emperor Of Sand" found MASTODON returning to a deeply imaginative and complex conceptual storyline that ponders the nature of time. Threading together the myth of a man sentenced to death in a majestically malevolent desert, the band conjured the grains of a musical and lyrical odyssey slipping quickly through a cosmic hourglass.

In September, MASTODON released a new EP featuring four previously unreleased tracks. "Cold Dark Place" was made available digitally and on CD on September 22 via Reprise Records, followed by the release of a limited-edition ten-inch vinyl picture disc on October 27.

MASTODON won a Grammy in the "Best Metal Performance" category at the 60th annual Grammy Awards in January at Madison Square Garden in New York City. The band got the nod for the song "Sultan's Curse" from "Emperor Of Sand", with the latter also being nominated for "Best Rock Album." 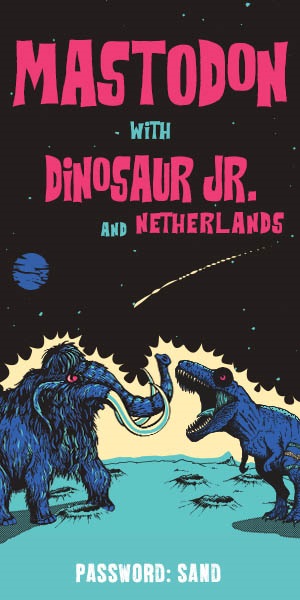 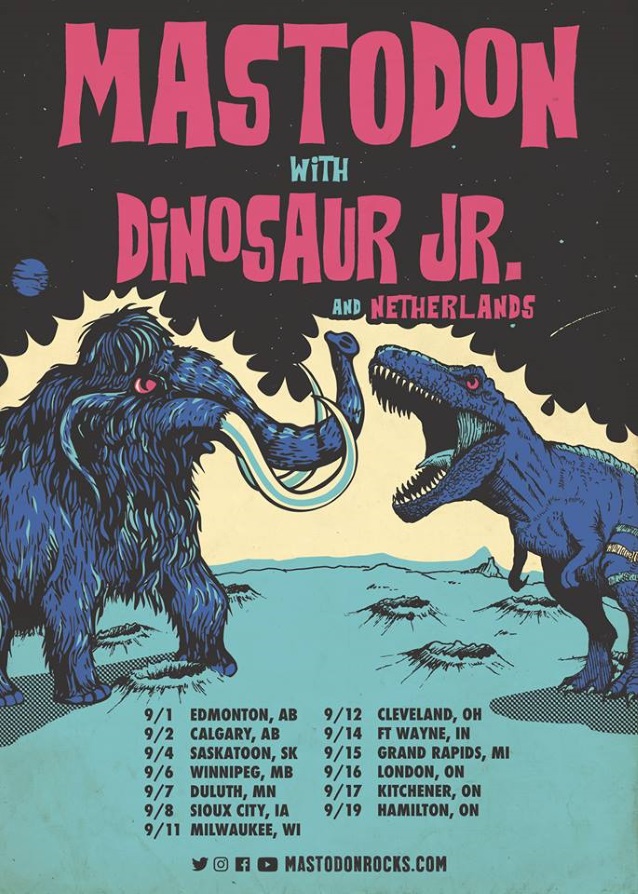