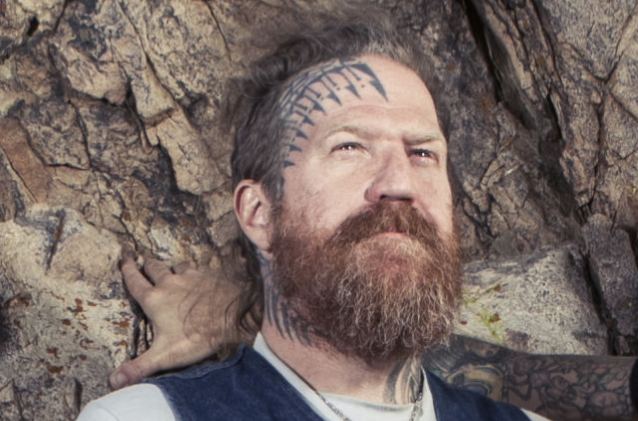 Reverb.com, the leading online marketplace dedicated to buying and selling music gear, announced that it has partnered with guitarist/vocalist Brent Hinds to sell guitars, amps, and more from his personal collection. The official Brent Hinds Reverb shop will launch on Thursday, August 23, and will feature music gear used on tour and in the studio with MASTODON.

"There comes a time in your life when you have to get rid of everything and for me, that time is now," Hinds said. "The music gear I'm selling in my Reverb shop is legitimate shit. All of it was heavily used — all over the world on tour, in the studio, and beyond. A lot of early MASTODON work was created on this gear."

Other items in the shop will include:

* A cream 1981 Gibson Flying V electric guitar that has traveled all over the world with Hinds and MASTODON.

A first act custom shop Lola double neck electric guitar played on "Crack The Skye" and used live during the tour that supported the same album. Hinds helped design the guitar, which is the only one in existence.

* A Hammond Colonnade full-sized church organ used on every MASTODON record made up until "Crack The Skye" was released. "God, that thing is so cool," Hinds said while talking about the organ. "Now I don't want to sell it!"

* A black 2008 Gibson Flying V ‘67 Reissue electric guitar used on tour and to record several of MASTODON's earlier records, including "Oblivion" and "Crack The Skye".

* A black Dean V 79 Classic electric guitar and a red Calzone standing road case, both of which were used extensively on tour.

To preview photos and a video of the items that will be available in the shop, go to this location.