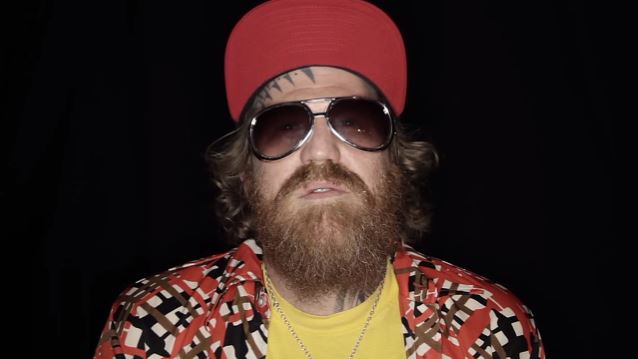 MASTODON vocalist and guitarist Brent Hinds, who likes to blow off steam by doing some wood carving in his spare time, has been working on a new sculpture of a large penis.

The "giant pawnus," as Hinds called it on Instagram, is Brent's first carving in over a year.

Two Instagram photos showing the sculpture's progress can be seen below.

The cover artwork for MASTODON's 2011 album "The Hunter" was created by AJ Fosik, a wood carver who was also responsible for the backdrop the band was using live.