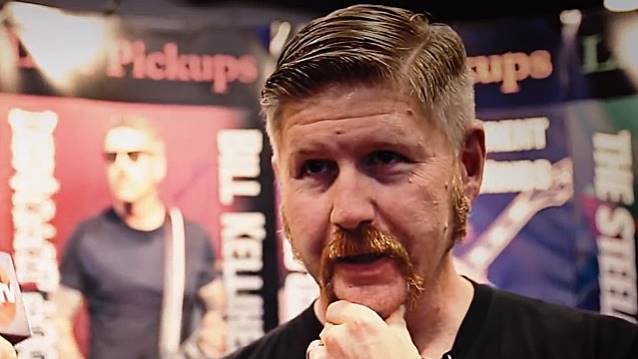 Seattle Music TV conducted an interview with guitarist Bill Kelliher of Atlanta progressive metallers MASTODON at this year's NAMM (National Association Of Music Merchants) show, which took place January 23-26 at the Anaheim Convention Center in Anaheim, California. You can now watch the chat below.

MASTODON's spring headlining tour with support from GOJIRA and KVELERTAK kicks off April 28 in Seattle and criss-crosses the U.S. before culminating in a performance at the Rock On The Range festival on May 18.