On February 11, 2012, MASTODON took the stage at London, England's O2 Academy in Brixton, capping off the Atlanta-based band's world tour in support of their critically acclaimed album "The Hunter". This sold-out performance was MASTODON's first show at the legendary venue. It won't be their last, as the London audience positively erupted from the opening chords until the final, frenzied encore.

In addition to performing "Curl of the Burl", "Black Tongue" and "Dry Bone Valley" from "The Hunter", the band dug into their catalog, unearthing such scorching tracks as "Colony of Birchmen", "Capillarian Crest" and "Iron Tusk". Rolling Stone magazine referred to the band's sonic attack as one that: "Demonstrates how contemporary hard rock can still be made with imagination, precision and a majestic sense of force."

Now this extraordinary live show is being released digitally by Warner Bros. Records as "Mastodon Live At Brixton" on December 10. An audio-only version and a live video version directed by Ryan Mackfall (Crashburn Media) (both featuring the full 97-minute performance) will be available from all digital retailers, including iTunes and Amazon.

At present, MASTODON is hard at work on material for its next studio album, tentatively due in early 2014. 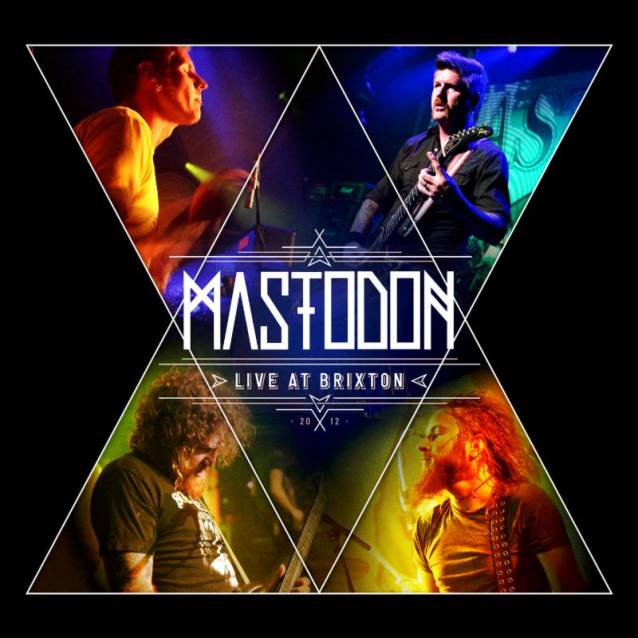