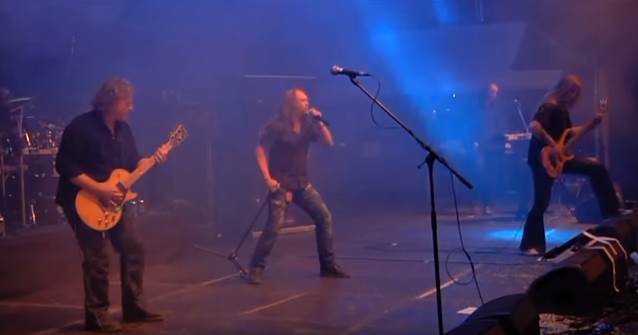 Heavy Talk conducted an interview with MASTERPLAN members Roland Grapow (guitar; HELLOWEEN) and Rick Altzi (vocals; AT VANCE, SANDALINAS, THUNDERSTONE) during the band's recent South American tour. You can now watch the chat below. A couple of excerpts follow (transcribed by BLABBERMOUTH.NET).

Roland: "Finding the right singer is never easy, especially when you've had an amazing singer like Jorn Lande. So, I don't know how to say it in English, but it's like when you put your level so high… Then that's a problem when somebody leaves the band or you get separated and to replace someone. It's easier when you have a decent singer and good success, and replacing [him] with a better singer. But now, with Rick, I thought it's so close, it's so… [He's] maybe the only one who can really replace Jorn. And it was not easy in the beginning, because people always like… [they're] a little bit narrow-minded, the fans, and always complaining. Especially, we had already a lineup change with Mike DiMeo. Fifty percent of the fans, when we announced the news [that Altzi had joined MASTERPLAN], were, like, 'Oh. We will see.' And then the album came out. But when we made the live performance, a lot of people said, 'Wow! This is fucking amazing. He sounds the same or better.' That's why made [a concert] DVD now, to prove to people that, after many shows… This show [for the DVD] was recorded after the third concert or fourth, so it's funny that it's so good, because we played a big festival. I think we're more tight and more better playing and more relaxed. We know what we do together. We're smiling all the time."

Rick: "It was really hard for me to decide if I wanted to do it, [to] join the band, because I thought it's a hard situation. It can only go bad, I thought. So... But I thought, Jorn really didn't wanna be in the band — he didn't wanna do anything more — so either you put the band on hold, or you put it to rest, or we try it again. And it was, actually, working okay. And live, I tried to stick as close as I can to the original songs, I tried to make them as good as I can. After every show, at least people say, 'Hey, it was better than I expected.' It's really nice. But it's hard work. We have to prove that we still can do it… So we just hope that this live DVD… hopefully it's gonna bring more light to the whole situation and [people can] see that we can actually perform good live anyway."

On MASTERPLAN's plans for the future:

Roland: "We have many plans now for the future, which started maybe with the new contract with AFM again. I had the plan, because… The situations are getting more heavy, more difficult in the music business, and I had the idea to… instead of one normal studio album, to deliver something like the DVD first. Then we're working on the re-recording CD of my ex-band HELLOWEEN — my favorite, let's say, ten [or] twelve songs, we want to re-record soon. We did already the drums, and we want to deliver it maybe late spring — as a MASTERPLAN album with some HELLOWEEN melodies. And I think it's very close to MASTERPLAN, because I wrote these songs, like 'The Time Of The Oath', 'The Dark Ride' or 'Escalation 666'… 'The Chance', and many, many more. And I'm pretty sure people will love it… with [Rick's] voice. I will sing maybe some stuff as well. And after that, we do another studio album."

MASTERPLAN's first-ever concert release came out on October 9. "Keep Your Dream aLive" was made available as DVD/CD and Blu-ray/CD sets, both including the entire show from Masters Of Rock festival, recordings from Wacken Open Air, footage from the band's latest Asian tour and ProgPower USA, as well as all five official MASTERPLAN video clips. The Masters Of Rock show is featured on the CD.

A performance clip of the song "Spirit Never Die" from "Keep Your Dream aLive" can be seen below. 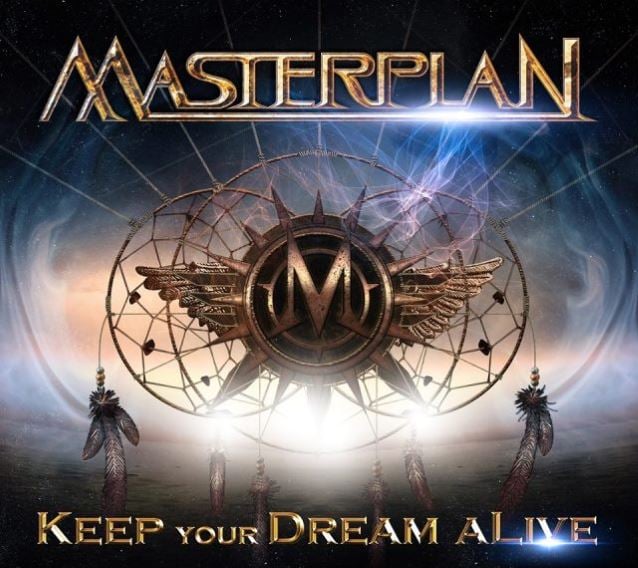