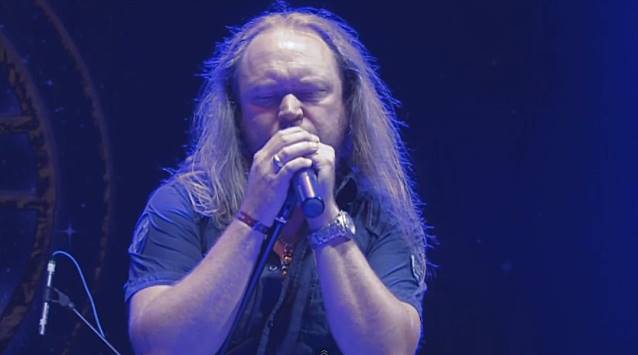 Professionally filmed video footage of MASTERPLAN performing the song "Soulburn" on July 13 at the Masters Of Rock festival in Vizovice, Czech Republic can be seen below.

MASTERPLAN's new album, "Novum Initium", was released in Europe on June 14 and in North America on June 18 via AFM Records.

In a recent interview with Metal Shock Finland, Grapow stated about the band's new CD: "We are not leaving the MASTERPLAN path too much, but everything we have — the melodic part and a little bit progressive — I would say we're a little bit more powerful and I'm also mixing the album this time. I want to get a little bit more modern, as the sound we have was created ten years ago. We're still having the typical sound with melodies, but the drummer is amazing and plays a lot of crazy shit!"