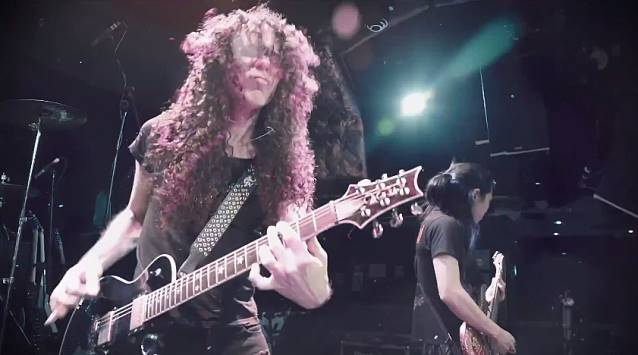 A teaser for "Hyper Doom", the new video from former MEGADETH guitarist Marty Friedman, can be seen below. The song is taken from Marty's new solo album, "Inferno", which sold around 2,100 copies in the United States in its first week of release to debut at position No. 186 on The Billboard 200 chart. The CD was released on May 26 via Prosthetic Records (except in Japan, where the album was made available through Universal Music).

He added: "On the guests' songs, each would write a song from scratch, and then I would arrange it and add my parts to it," Friedman said. "That way, we were both invested in it, and it’s a little bit of a deeper experience than just banging out a guest solo.