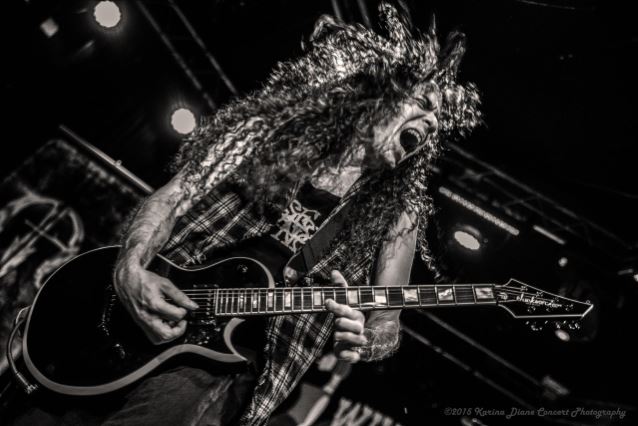 Former MEGADETH guitarist Marty Friedman has finished laying down his guitar tracks on the follow-up to his 2014 album "Inferno" for a tentative early 2017 release via Prosthetic. The new disc is currently being mixed by Swedish producer Jens Bogren, who performed the same duties on "Inferno" and has also worked with such acts as KREATOR, SEPULTURA, DRAGONFORCE and PARADISE LOST.

Marty says: "So far five songs are done. Jens is knocking them out of the park. He is super fast and knows my sound, as you can hear on 'Inferno'."

Regarding the musical direction of Friedman's new album, the guitarist states: "This time it's even more ambitious than that album was, a bit more dense, and, with any luck, more exciting for those of you who will hear it."

He adds: "There will be 11 or 12 songs in total. Sometimes a song you really love doesn't make it to the album because it doesn't fit nicely in the sequencing. Either way, we're pushing 60 minutes, so it won't be a short album."