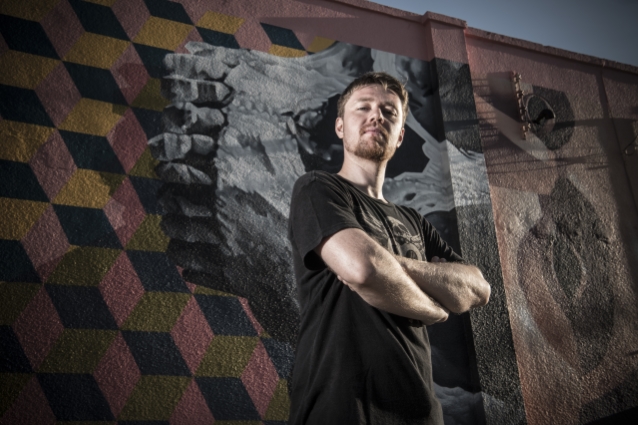 Grossmann is a world-renowned drum maestro, formerly of NECROPHAGIST, OBSCURA and BLOTTED SCIENCE, and he can also be heard on many other guest projects, such as HATE ETERNAL and DARK FORTRESS, either as a session drummer, producer or as a guest live performer as well.

Grossmann's sophomore effort, "The Crypts Of Sleep" (2016) was critically praised by reviewers and fans, alike. "Apophenia" promises the same brutal and beautiful experience as his other works, with poignant commentary on the modern-day human existence.

"My main inspiration and intention is escapism," Grossmann says. "Just like country music or also pop music sometimes tries to escape the world we live in by fleeing into a fantasy world of joy and happiness, I'd rather try to escape into dark worlds, which are unsafe and negative, and that is also featured on the album."

Listen to the first track, "The Flying Pizza Conundrum", below.

"My dear friend Morean was kind enough to contribute lyrics for three of the songs, which deal with conspiracy theories, and more precisely with the Flat Earth Movement," Grossmann says. "The main topic of the album deals with these ideas — and basically tells extremists to leave us alone with their stupidity and keep the made-up bullshit to themselves."

The title "Apophenia" means a "tendency to mistakenly perceive connections and meaning between unrelated things," a term invented by German psychiatrist Klaus Conrad in his 1958 publication on the beginning stages of schizophrenia. Grossmann chose this title because he deems the "unmotivated seeing of connections [accompanied by] a specific feeling of abnormal meaningfulness", which was Conrad's definition of the term, as something that has become more and more visible — in the Internet, as well as in the public debate, but even in speeches or tweets of famous political leaders.

There are eight tracks on "Apophenia", each featuring its own facet of the overall theme:

All songs are written, arranged, mixed and produced by Grossmann at his Mordor Sounds Studio in Veitsbronn, Germany. 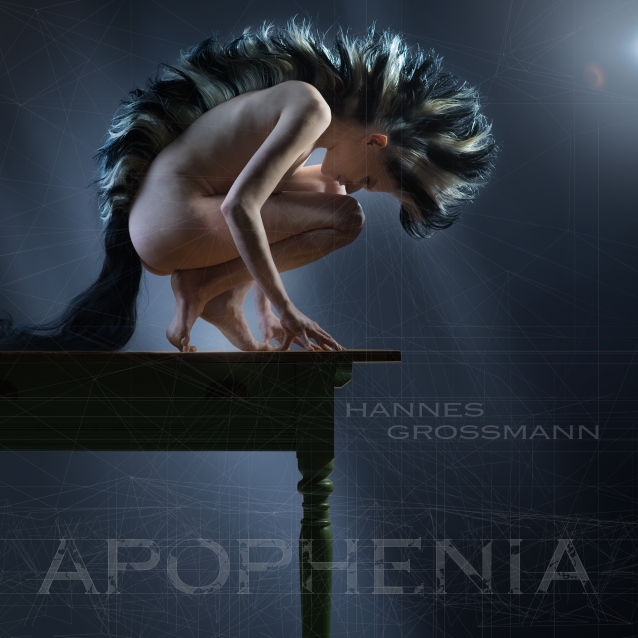