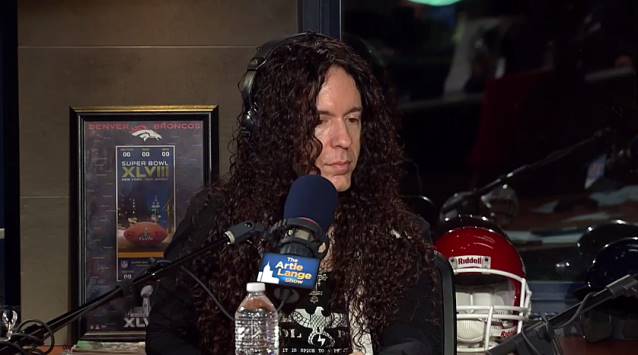 Former MEGADETH guitarist Marty Friedman took part in an interview on a recent edition of "The Artie Lange Show". The program reaches 23 million homes on DIRECTV's Audience Network and an additional 20 million subscribers on SiriusXM satellite radio and also airs on stations in 7 of the top 10 terrestrial radio markets. Check out video footage of Marty's appearance in two parts below.