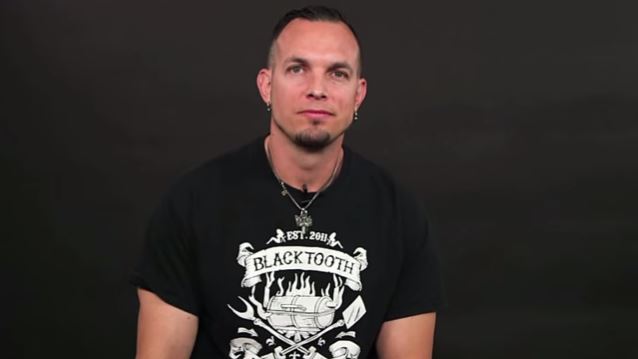 TREMONTI, the band led by CREED and ALTER BRIDGE guitarist Mark Tremonti, released its second album, "Cauterize", on Tuesday (June 9). "Cauterize" follows up TREMONTI's 2012 debut, "All I Was", and is the first of two new albums that TREMONTI has recorded. The second, called "Dust", will be out later this year.

The first single from "Cauterize" is called "Another Heart".

TREMONTI is on tour in Europe this month and has yet to announce new North American dates.