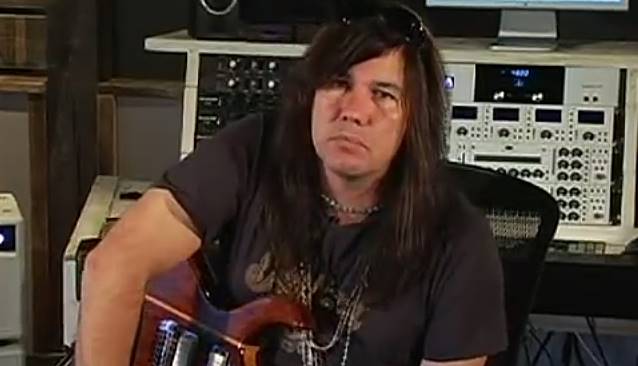 SLAUGHTER lead singer Mark Slaughter was interviewed on the latest edition of "The Classic Metal Show", which is heard live on Saturdays from 9 p.m. to 3 a.m. EST at TheClassicMetalShow.com. You can now listen to the chat using the Spreaker widget below.

An audio sample of the track can be streamed at Amazon.com.

"Never Givin Up" captures the rock n' roll anthems of yesterday with a military message that salutes all who have faced adversity.

A portion of the proceeds from the sale of the single will be donated to the Red Circle Foundation, a non-profit organization providing immediate gap funding assistance to the families of United States Special Operations Forces.

SLAUGHTER's best-selling release date is the group's 1990 debut album, "Stick It to Ya", which spawned several hit singles, including "Up All Night" and the power ballad "Fly to the Angels". The album reached double platinum status in the United States.